It’s no secret that football, in the UK at least, is the number one sport when it comes to sports betting, particularly online. It is football’s biggest tournaments that draw the biggest betting crowds, so it is no surprise that the Champions League, Europe’s premier knockout competition, is a big hit amongst football bettors. Nowadays, there a lots of Champions League betting sites to choose from.

We’ve run the rule over those sites and have put together a list of the top 10. This can be viewed below.

If you don’t have to time to read our guide in full, here’s a list of our top-rated UK bookmakers for Champions League.

Perhaps not as well known as some of the other online gambling brands, Mansion Bet are no strangers to providing a solid Champions League betting experience.

Another of the Champions League betting sites that makes it into our top ten thanks to some very distinctive features.

Both the desktop site and the app are not only easy to navigate, but they provide a plethora of Champions League markets, as well as accumulator bonuses, £100 in free bet credits and champions league betting news.

An early pay out if a team goes two goals up is another reason why 365 ranks as top-rated Champions League betting sites.

A leading online betting brand, PaddyPower can hardly be faulted when it comes to the Europe’s premier football competition. Their well-built and easy-to-use site has pretty much everything necessary for punters to enjoy an excellent Champions League betting experience. 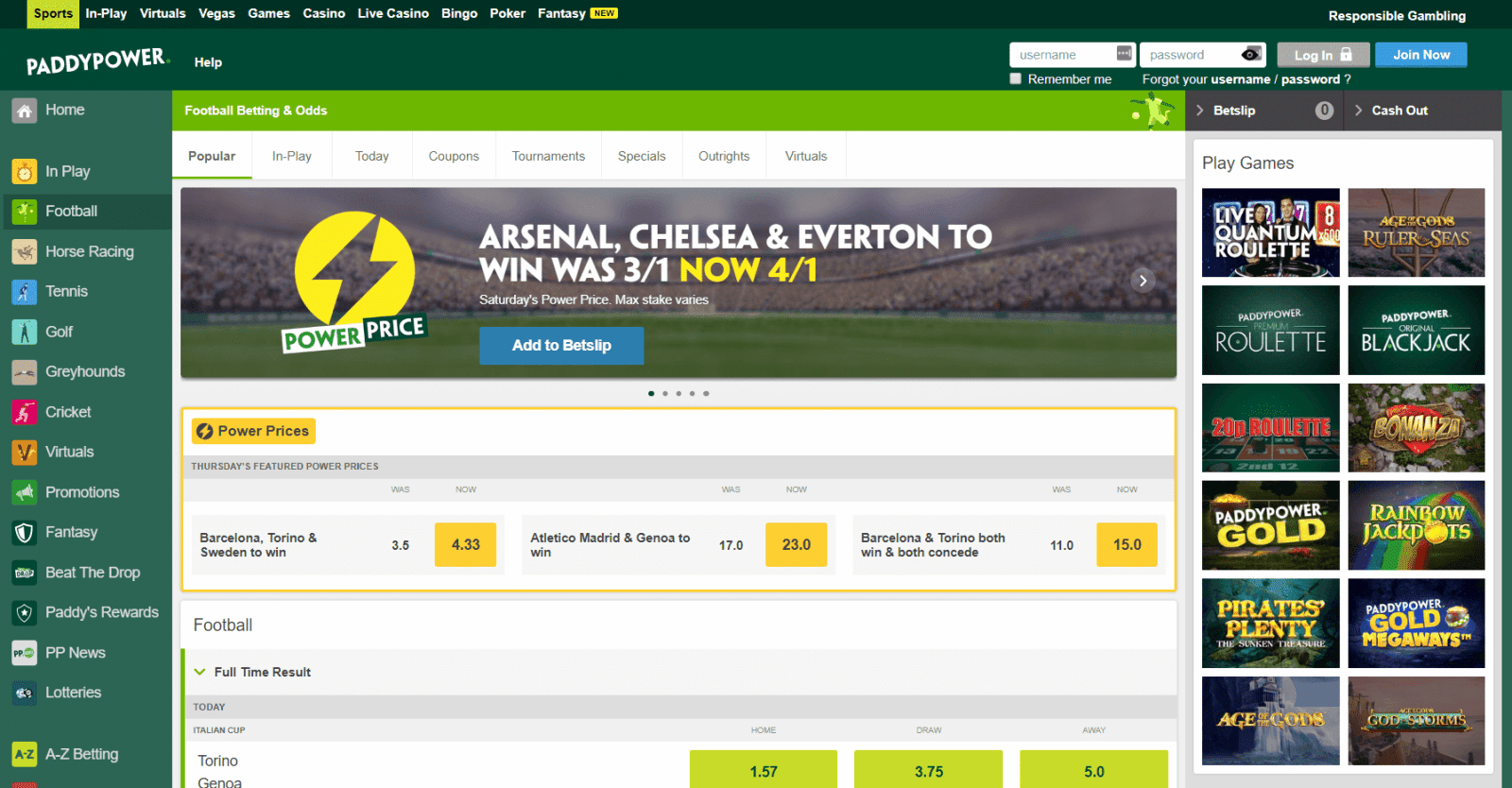 The early pay-out feature, whereby punters are paid out early if the team they’ve bet on goes 2-0 up at any point, is excellent, as is the selection of markets on offer. Power prices allow players to enhance the odds of chosen selections, while new players can enjoy a £10 risk free bet. One slight downside is a lack of Asian handicap markets.

If a well-rounded Champions League betting product is what you’re after, then Betfred probably won’t disappoint.

There’s a wide variety of markets on offer, including numerous Asian lines, which is not something that all firms can offer. Additionally, players can make use of price boosts to improve Champions League betting odds, while those looking for enticing bonuses should be pleased with Betfred ‘Double Delight, Hat-trick Heaven’ promo which doubles the odds of winning first scorer bets if the player goes again, before trebling the odds if the player nets a third.

The use of official Racing Post stats for the Champions League enhances the Betfred experience even further. One downside is that the app isn’t the most user friendly, though that is a small price to pay for Betfred’s other great features.

The exchange, because of its punter-to-punter nature, often provides players with better Champions League odds. New bettors can make use of a £20 free exchange bet.

William Hill, as one of the oldest and most well-known UK gambling firms, unsurprisingly provides plenty of choice when it comes to Champions League betting markets, especially in terms of outrights.

Punters who choose to play with William Hill can enjoy enhanced Champions League betting odds, as well as in-play bet boosts on many UCL matches.

Unfortunately, while the app does a pleasing job, the overall design of the desktop site is slightly underwhelming, as is the user-friendliness, though not to the point where William Hill becomes a poor Champions League betting site. Thanks to several pros, William Hill still ranks well.

An online giant, Ladbrokes have put together one of the better Champions League betting products. Not only do they offer all the usual markets, plus some extras, but they also provide punters with some exciting features.

The 5-a-side feature allows players to put together a selection of player-based bets and combines them in a aesthetically pleasing multi that resembles a 5-a-side team, which adds a fun element to betting on big Champions League fixtures.

9. Unibet – great for Champions League Asian handicap (money back offer up to £40)

As Champions League betting sites go, Unibet is right up there with the best. On a site that is easy to use, punters will find no shortage of Champions League markets, including plenty of Asian Handicap offerings, which if not something that every site can boast.

The use of Champions League stats is pleasing, while new players can benefit from getting money back on their first bet up to £40. Those looking for top-of-the-range live support may be slightly disappointed, though that’s not enough to take away from the many pros that this Champions League betting site has.

New customers only. 18+, BeGambleAware.org. Min deposit £10. Money back as bonus. Wagering requirements: Sportsbook 3x at min. odds of 1.40 (2/5), Casino 25x. Only one bonus can be used at a time, Sportsbook bonus must be wagered before using the Casino, unless the bonus has been forfeited. Bonus will expire after 7 days of opt-in

In recent years, thanks perhaps to their sponsorship deal with West Ham of the English Premier League, Betway have positioned themselves more prominently in the UK online gambling sector.

As far as the Champions League goes, Betway offer a competitive package. Punters can select from a wide range of markets, while they’ll also be able to dive into lots of Champions League pre-game stats. Another reason as to why Betway make our top ten is the fact that they tend to offer specific Champions League bonuses, which is not something that every site out there does.

Up to £100 in Bet Credits for New Customers

This market allows punters to bet on which team they think will win the tournament. Many punters choose to bet on this market before the competition has begun, though players can still select the winner in the Champions League outright betting market all the way up until the final.

To Reach the Final

Like ‘Outright Winner’ in the sense that punters can get on before a ball has even been kicked in the tournament, ‘To Reach the Final’ allows bettors to select which team will feature in the final match. To receive a pay-out the selected team must simply reach the final, the result of which is irrelevant.

Bet on primarily before the tournament starts, punters can select which player they think will finish as the leading scorer once the competition has ended.

As with all football betting, the standard result bet is popular when it comes to the Champions League. ‘Win/Draw/Win simply allows punters to bet on whether the match will end in a home win, a draw or an away win.

Both Teams to Score

‘Both Teams to Score’, which is commonly referred to as ‘BTTS’, allows punters to bet on whether both teams will score in the match. If players choose BTTS – YES, then both the home and the away team must score in order for them to collect, while if they opt for BTTS – NO, at least one of the sides must fail to find the net for a win to achieved.

How to succeed at Champions League betting

Information
Nowadays there’s lots information available, whether it be stats, trends, team news etc, etc. Use the info that is out there to help inform your betting. There are any number of great resources, use them to your advantage. Utilise the opinion of experts who offer Champions League betting tips, learn from such figures, and make informed decisions.

Manager/team preferences/team news
The Champions League is a massive competition for everybody involved, everybody wants to do well in it and perform on the big stage, but the fact of the matter is that for some teams, it’s never going to be a priority beyond a certain stage. Different teams and different managers have different priorities/preferences.

On the face of it, one team may seem like a good bet, but without checking, you may not realise that they’re prioritising a big league game that’s just around the corner and thus numerous changes could be made to preserve the fitness of key players.It’s important to be aware of the preference and priorities of different teams at any given stage of the Champions League. Doing this can allow punters to better appraise Champions League betting odds and thus make better decisions.

Keep a record
Every serious punter worth their salt keeps a detailed record of their betting activities. Those looking to succeed when it comes to Champions League betting can be no different. Record which bets you place for profit and loss purposes, but also record the type of bets that you’re placing.

This will allow you to get an understanding of how you’re performing in certain areas, which can lead to helpful tweaks/revisions in strategy.

Keeping a record of your bets is a must, not only because this allows you stay on top of the profit and loss, but as it can help to provide an insight into the areas in which you’re doing well. When recording bets, note down bet types to get a fuller picture.

Specialise
To cover everything is simply unrealistic. If you’re to have success betting on the Champions League, then specialise in terms of the markets that you look to attack. Focus on a particular avenue such as ‘Over/Under’ or ‘Asian Handicap’. If you want to go even more niche, then you could, for example, specialise is betting on under-valued home teams, or betting on home underdogs on the handicap markets.

Value
Value is a hugely important part of any form of betting. Champions League betting is no different. Learn about value, know what it means and what it means to identify and exploit value. Value can’t really be covered in a few lines, but in essence, value exists when the odds of a selection are greater than the true probability, or rather the perceived true probability, as in football probabilities can vary depending on who does the calculating.

There are lots of information about value out there, using such resources and learning how to spot and use value to your advantage is critical.

Time and effort
As with anything, success levels when betting on the Champions League will match effort levels. There’s no get-rich-quick scheme and there never will be, though that shouldn’t deter players from aiming to profit long term. To give yourself the best chance of success, you simply need to invest the time and effort. Put the hours in, know your stuff and make calculated decisions that allow you to bet when value exists.

When does the Champions League take place?

The Champions League takes place at the same time every year and runs alongside Europe’s top domestic campaigns. Initial qualifying, for those who do not achieve automatic qualification, takes place in late July/early August, while the competition itself begins in September. The group stages run until late November/early December, while the knockout phases begin in February and continue until the final match is played in May.

How many Champions League betting sites should I use?

There’s no right or wrong answer to this one. Everyone is different, so it’s down to the individual and their own football betting strategy. You may be somebody who prefers to have just one account for everything. On the flipside, several is an option too. Having several does have clear advantages as it allows punters to shop around and ensure that they take the best football betting odds on offer.

Can I bet on the outright winner after the tournament has started?

Can I place a Champions League accumulator?

What happens if my top scorer finishes second?

View all posts by Bradley Gibbs