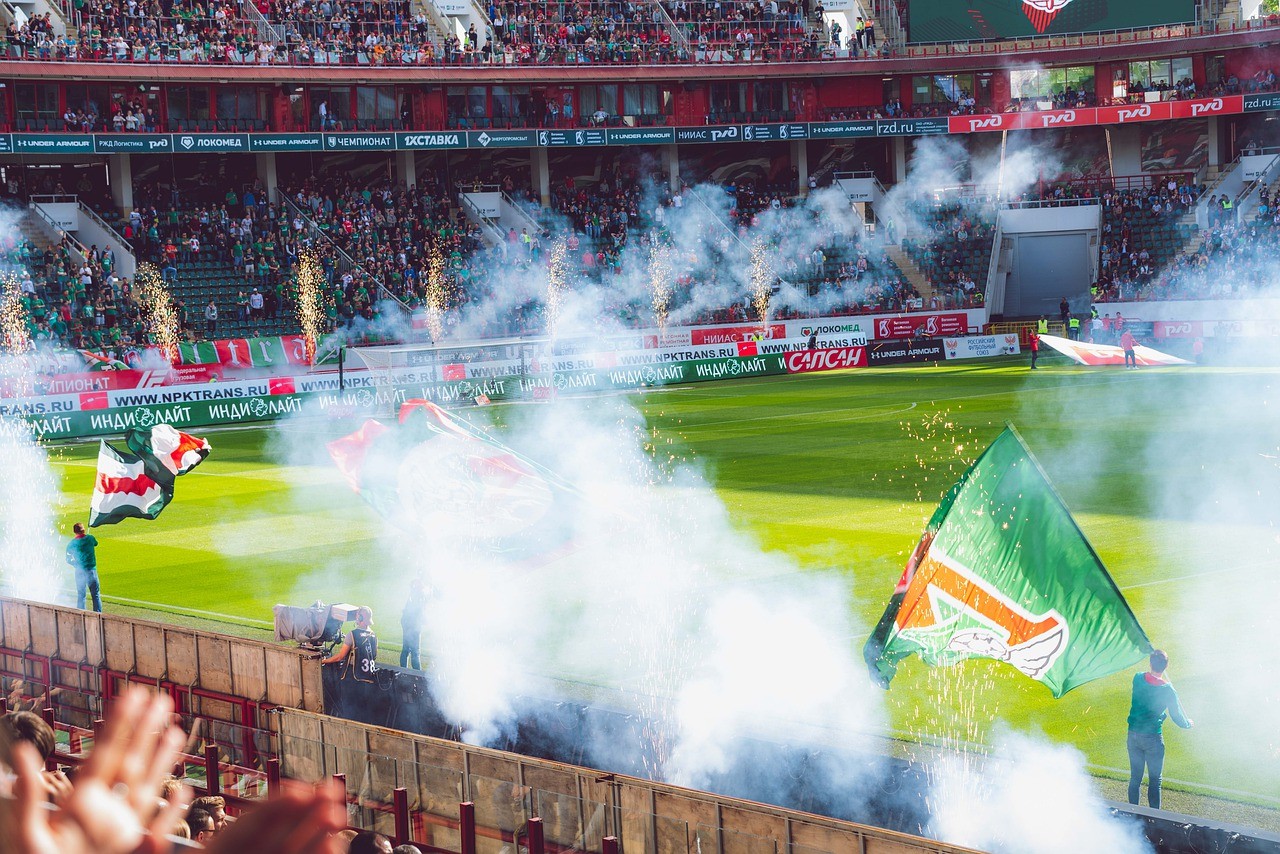 One of the reasons for the English Premier League’s popularity is the high level of competition. With so much at stake, clubs are willing to spend big money on players that they think will give them an edge over their rivals. That has earned the EPL the reputation for free-spending, a fact that this summer’s transfer business confirms.

According to Safebettingsites.com, the EPL outspent all the other European leagues during the just concluded transfer window. The site has presented data showing that the EPL clubs spent a combined €2.24 billion in transfer fees. That amount is more than the €1.25B that the Serie A and LaLiga spent on new signings.

“English Premier League clubs are no strangers to spending big money on marquee signings, ” said Safebettingsites’ Edith Reads. She added, “With the help of deep-pocketed owners, and lucrative broadcasting deals, English clubs have been able to attract some of the world’s best talent to the league. This free spending has helped to make the EPL one of the most competitive and entertaining leagues in the world.”

The EPLs total outlay for this summer broke its 2017 spending record. By the transfer window’s close, the League had splashed €630 million over and above its previous record of €1.62 billion on 140 signings. 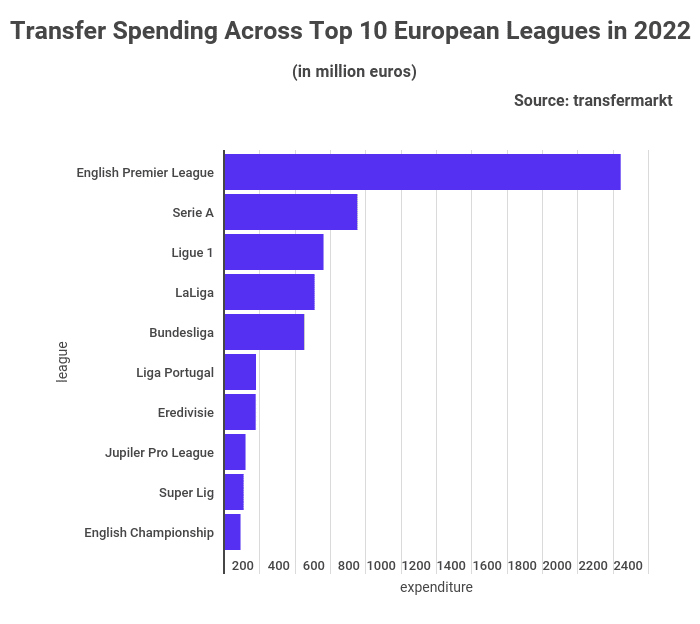 Transfer spending by English clubs has reached unprecedented levels in recent years. According to a recent transfermarkt.com study, English teams dominate the ranking of the highest spenders. The top five comprise of entirely English clubs that are part of the 10 making the top 15.

This influx of money has allowed the EPL to pull away from its rivals in terms of quality and spending power. It has outspent the Bundesliga, Ligue 1, La Liga, and Serie A by a significant margin since 2000. As a result, the English top flight is now widely considered the best league in the world.

Chelsea was the biggest spender in the summer transfer window, splashing €282 million on new signings. The West London Club was in the market until the deadline when it acquired Pierre-Emerick Aubameyang for €12 million and Juventus’ Zakaria on loan for €3 million.

The club had already completed the signing of Wesley Fofana before deadline day, their most expensive player in 2022. Fofana joined the West London club from Leicester for an eye-watering €80.4 million. Earlier, it had acquired the services of Raheem Sterling from Man City, Kalidou Koulibaly from Napoli, and Marc Cucurella from Brighton.

While Transfer spending can undoubtedly help to improve a team’s chances of success, it is not the only factor that determines success. Spanish clubs, for example, have been very successful in recent years despite lower levels of Transfer spending.

Comparing these leagues’ Transfer spending suggests that English clubs are not making the most of their financial advantages.

View all posts by Edith Muthoni
Premier League Clubs Collectively Spent €2.24B on Transfers, More Than Serie A and Laliga Combined
Was this article helpful?
0
0
Latest Betting News