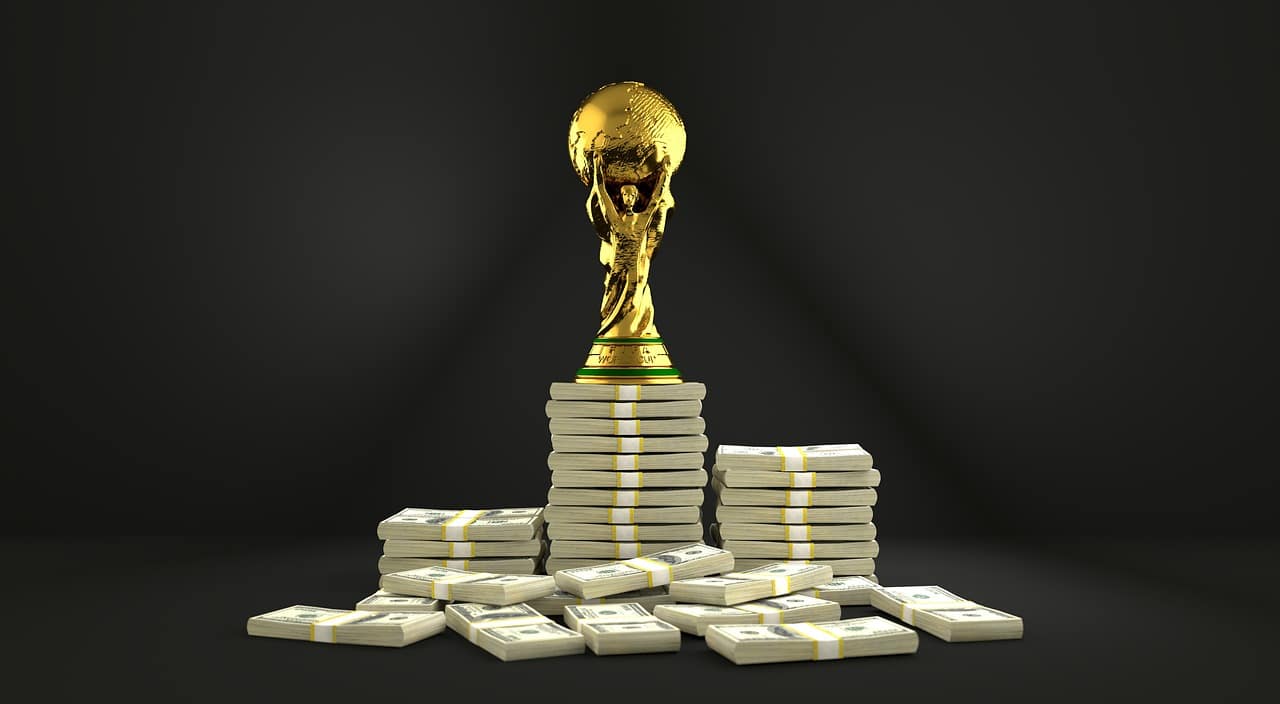 World Cup 2022 in Qatar is just around the corner, but calls for a boycott of the event due to human rights concerns continue to fall on deaf ears. Despite reports of widespread labor abuses and thousands of migrant worker deaths during the construction of new stadiums and infrastructure, only 4% of football fans say they will boycott watching the event, according to Safebettingsites.com.

Safebettingsites sports expert Edith Reads commented on the data saying, “This low figure is likely due to the fact that, for many fans, the love of the game outweighs any political concerns they may have. Qatar has promised to improve conditions for workers ahead of the tournament, and with some of the world’s biggest stars set to descend on the country for what promises to be an exciting tournament, it’s hard to resist tuning in.”

Reads continued, “Of course, there are still some who feel very strongly about the situation in Qatar and will be boycotting the event. For them, it’s a case of principle over passion.”

The 22nd edition of the Fifa World Cup is expected to kick off in Qatar on Nov. 20 with a match between the host nation and Ecuador at the Al Bayt Stadium, located farthest from central Doha. It will be the first World Cup held in the Middle East and the first to be held entirely in November and December due to the heat. It will also be the first to feature an expanded field of 32 teams.

The final will take place at Lusail Stadium on Dec. 18, also the tournament’s last day. Lusail Stadium is one of eight arenas that have been built or are under construction for the event. The other stadiums are Al Bayt Stadium, Education City Stadium, Al Wakrah Stadium, Khalifa International Stadium, Qatar Foundation Stadium, Ras Abu Aboud Stadium, and Al Thumama Stadium.

Qatar was selected to host the World Cup in 2010, but the decision was met with criticism due to the country’s human rights record and allegations of corruption in the bidding process. These concerns have only grown in the intervening years as migrant worker abuse and death reports have continued to emerge. 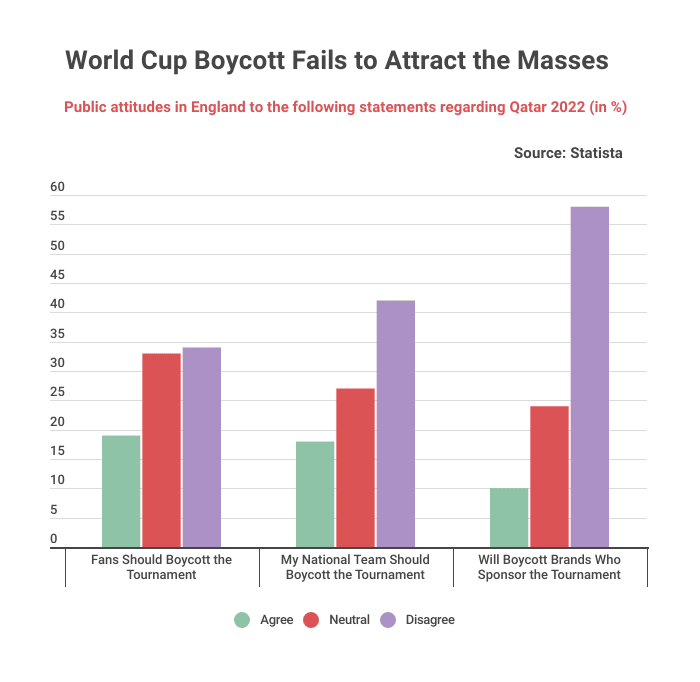 Brands associated with the World Cup will also closely monitor the situation and will no doubt be relieved that the calls for a boycott appear to have little traction. With billions of pounds worth of sponsorship deals at stake, any significant drop in viewing figures could have a serious financial impact.

As Reads goes on to say, “It’s not just the World Cup itself that’s at risk here, but also all of the commercial activity surrounding it. Brands pay huge sums of money to be associated with events like this, and if there’s a significant drop in viewers, it could hit them hard.”

With the World Cup just a few days away, it remains to be seen whether the calls for a boycott will gain any more traction. For now, it seems most fans are happy to put aside their concerns and enjoy the beautiful game.

View all posts by Edith Muthoni
Calls to Boycott the Qatar WC Fail to Attract the Masses as Only 4% say They Will Boycott Watching the Event
Was this article helpful?
0
0
Latest Betting News