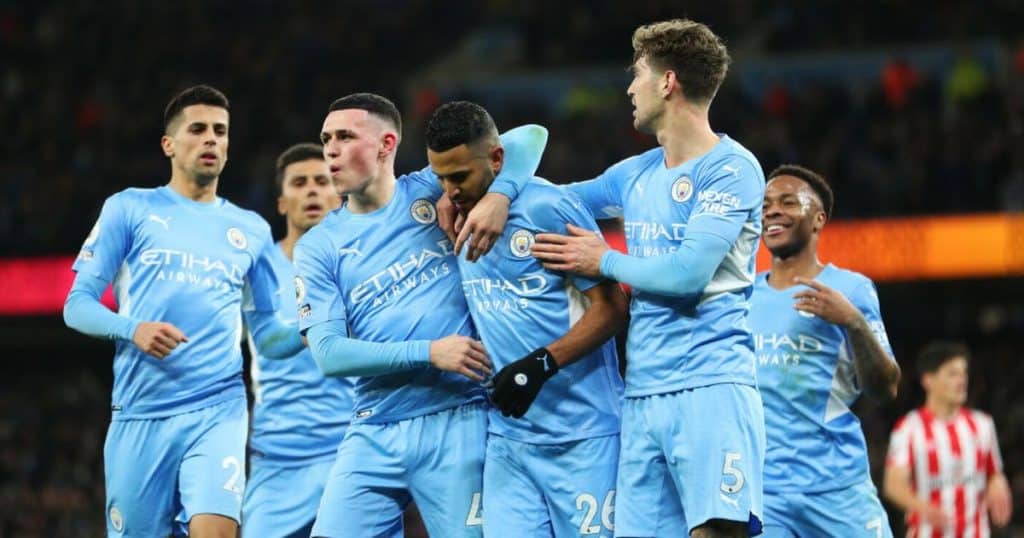 Modern football is a big-stakes sport. Since going commercial, football has transformed clubs into limited companies. And as is the case with such institutions, the bottom line is key. That reality has seen clubs investing big in their physical infrastructure, technical, and playing units. The underlying motivation is to enhance their competitiveness at the highest levels.

That competitiveness comes with financial rewards, including bumper TV and sponsorship deals and cash awards accompanying winning titles.  Manchester City has followed the cue of other teams that achieved success after heavy spending.  According to a safebettingsites.com analysis, its net expenditure of $1.53B in 2018  more than doubles Chelsea’s $658.9M outlay.

A case of the ends justifying the means?

“Spending big on a team’s development has its advantages,” says safebettingsites.com’s Edith Reads. She adds, “ Splashing on the best players and staff cuts the time one would take to achieve success. Take the case of ManCity, for instance. There’s no denying the team’s quality, but it’s obvious that their deep pockets have been pivotal to their recent successes.”

Edith  concludes, “Since the Abu Dhabi Group takeover, they’ve grown from a mid-table outfit  to a perennial contender for top honors across Europe.”

Manchester City is just following in the steps of other teams that have traveled a similar path. Chelsea, for instance, saw a change in its fortunes after Roman Abramovic bought the club in 2003. Abramovic would bankroll Chelsea to five domestic titles, and two UEFA champions league and Europa League crowns each.

Looking at the top ten highest spenders reveals who is who in global football. City’s next-door neighbors Manchester United are the second-highest net spenders in that period. It has spent $1.1B to date on strengthening its technical and playing units. The club has recently splashed the cash on players like Paul Pogba, Harry Maguire, Bruno Fernandes, and Jadon Sancho. 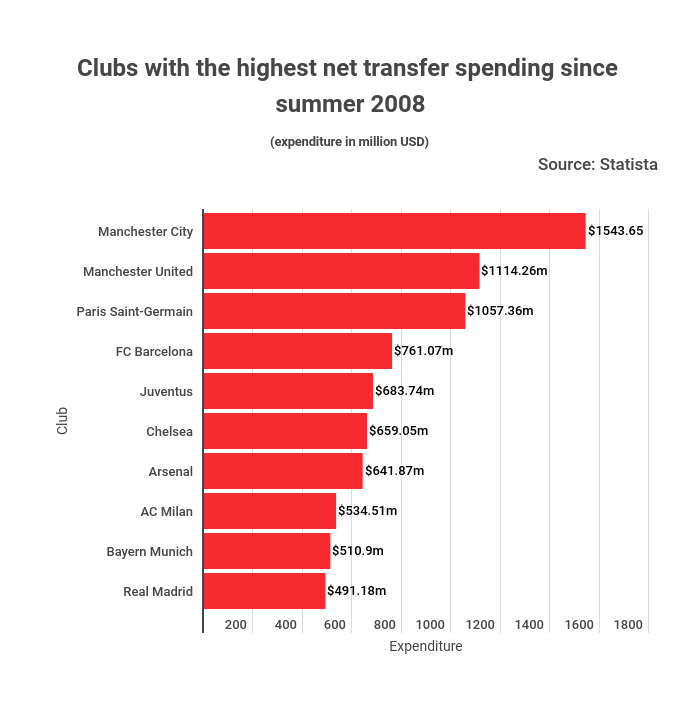 Paris Saint Germain completes the top three with an outlay of slightly over $1B. Since their 2011 takeover by Qatari Sports Investments, they’ve cemented their stature as Ligue 1’s top team. The club’s owner’s deep pockets have enabled it to sign highly regarded players like Lionel Messi, Kylian Mbappe, and Neymar.

City’s other local rivals, Chelsea and Arsenal, take the sixth and seventh positions on the log. As stated earlier, Chelsea spent $658.9M in that period. Its bitter London rival Arsenal meanwhile has forked out $641.5M to date. Real Madrid, Europe’s best-decorated team, wraps up the top ten, having spent nearly $491.

Not everyone is sold on big money coming into football. Purists contend that it makes a mockery of the tenets of fair competition. Some have gone further to describe it as the newest form of dopping. This group has been agitating for leveling the playing ground in financial terms.

That agitation has been the reason why UEFA adopted financial fair play (FFP)rules. These are a set of regulations aimed at instilling financial discipline in clubs. They compel them to commit to keeping their expenditure within their earnings. That way, the clubs can avoid getting into financial trouble.

FFP rules came into operation in the 2011-2012 football season. A decade later, skeptics feel that the rules have done very little to even the field. There’s a feeling that there’s selective application of the rules to benefit some “BIg Teams.”  UEFA denies that suggestion and insists on its impartiality.

View all posts by Edith Muthoni
Manchester City’s net transfer spending since 2008 at $1.5B more than doubles that of Chelsea
Was this article helpful?
0
0
Latest Betting News