The popularity of Neobanks has skyrocketed in the last two-three years. According to the numbers presented by SafeBettingSites.com, Neobanks will process transactions worth $3,255 billion in 2022. In comparison, the collective transactional value in 2017 was just $234.7 billion.

Neobanking sector is growing at 44% CAGR 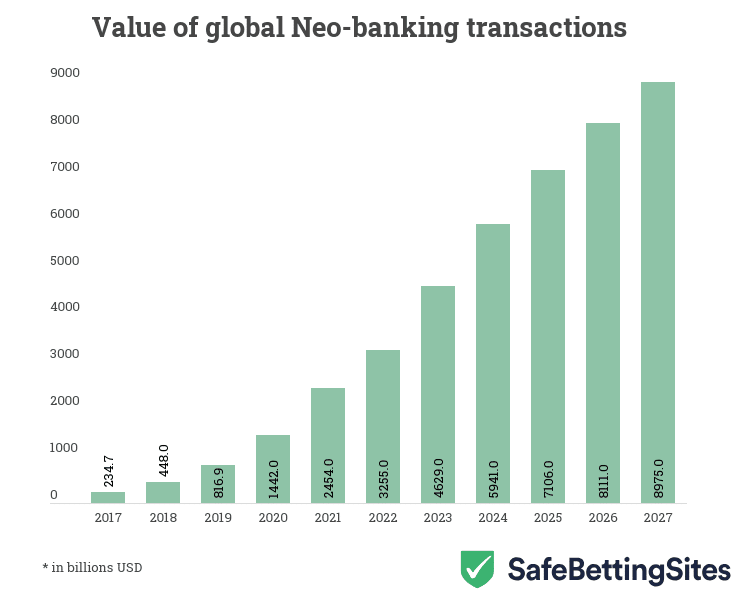 Neobanks are the consequence of the modern digital age. The primary characteristic of a neobank is that it lacks any physical address/branch and operates digitally.

According to the numbers available on Statista.com, Neo Banks will oversee transactions worth $3,255 in 2022. Last year, the collective transactional value was $2,454. Hence, Neo Banks transactions grew by 32.6% in value on a year-on-year basis.

There are multiple reasons for this rapid rise in the popularity of neobanks. Neobanks primarily offer an easy digitized boarding process for new users, which really helped the industry during the COVID-19 pandemic. Furthermore, easier accessibility to smartphones in recent years has made neobanks really popular among Gen Z and Millennials. 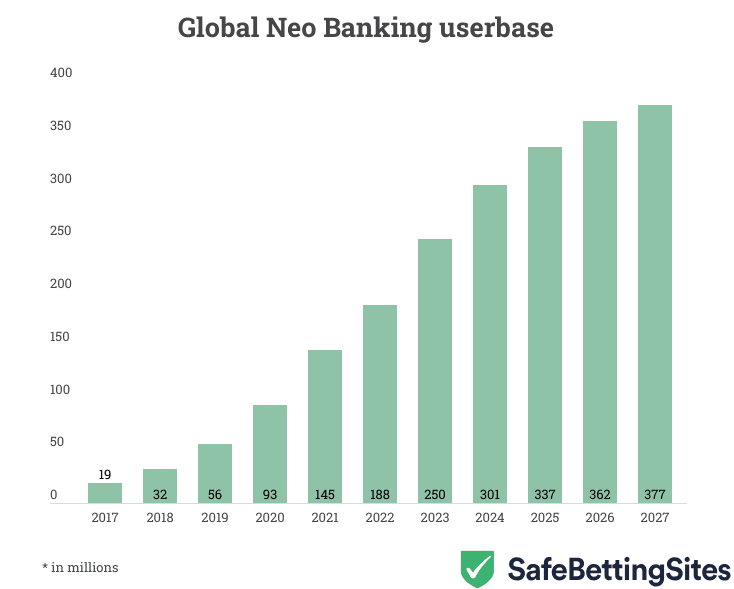 The neobanking user base is expected to grow in the near future, albeit at a different rate. As per the estimations, the Neo Banking user base should be 377 million by 2027.

The US market is the most significant national market in neobanking. In 2022, the US market is expected to contribute $1075 billion of the entire transactional value – making up one-third of the neo-banking global market.

The United States is followed by the UK, Russia, France, and Brazil as the biggest markets for Neobanks. Revoult (UK), Chime (US), N26 (Germany), Nubank (Brazil), Starling (UK), Monzo (UK) are some of the biggest Neobanks currently in the market.

View all posts by Vyom Chaud
Neobanking Transactions To Cross $3 trillion In 2022
Was this article helpful?
0
0
Latest Betting News