The recent rise of marketplaces within social media platforms has made social commerce an essential part of e-commerce. According to the numbers presented by SafeBettingSites.com, social commerce is expected to generate $724 billion in revenue in 2022. 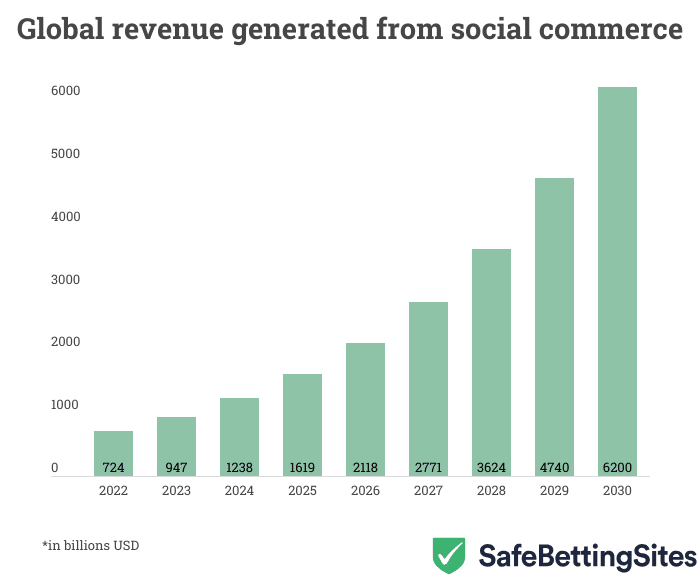 Social Commerce translates to the marketing and selling products/services on social media platforms. The emergence of marketplaces on various social platforms such as Facebook, Instagram, TikTok, Whatsapp, Pinterest, and more has made social commerce essential for business owners.

However, the popularity of social commerce is not the same throughout the global market. 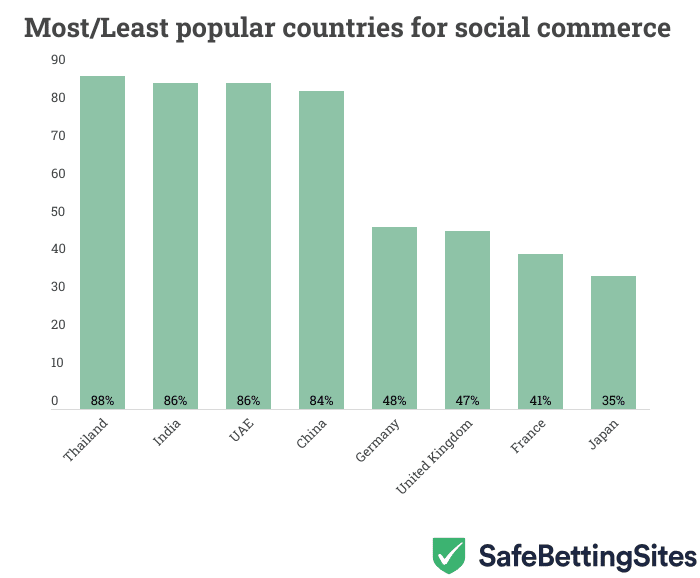 According to a global survey involving 31,040 respondents over the age of 16, Thailand has the highest acceptance rate of social commerce in 2022. The survey states that 85% of online shoppers in Thailand have made purchases through social media.

The opposite spectrum is occupied by traditionally developed economies from Western Europe and Japan. Online shoppers in Germany (48%), the United Kingdom (47%), and France (41%) haven’t fully warmed to the idea of shopping from social platforms. Japan is the least accepting of social commerce, as only 35% of Japanese online shoppers admitted to shopping from social media. 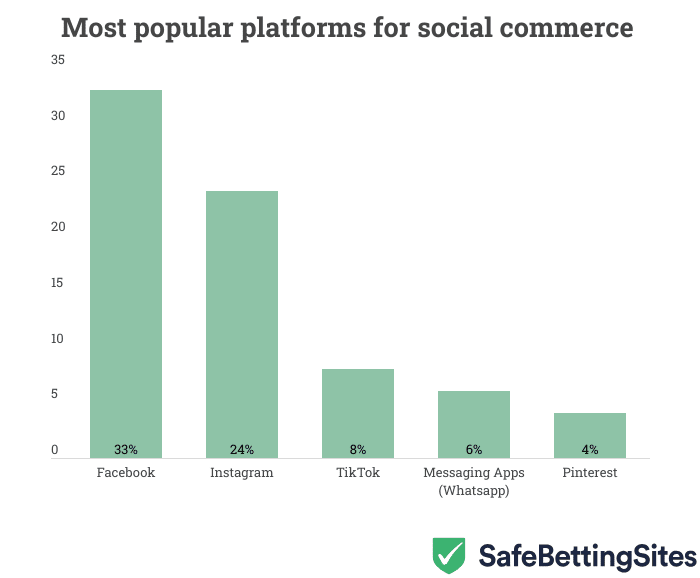 When it comes to individual platforms, Facebook currently rules social commerce. According to the survey, 33% of global online shoppers said that they are likely to shop on Facebook this year.

Instagram is the second most popular social commerce platform, with 24% of online shoppers planning to do shopping on it this year. Interestingly, Meta owns both of these platforms. Other social platforms famous for social commerce are TikTok, WhatsApp, and Pinterest.

View all posts by Vyom Chaud
Social Commerce to Bring in $724 Billion in Revenue in 2022
Was this article helpful?
0
0
Latest Betting News