Boris Johnson is the man the bookmakers think will be the next Prime Minister following one of the biggest gambles in British political betting history, according to betting industry analysts Safe Betting Sites.

Liz Truss resigned as PM on Thursday evening and Johnson was immediately installed as a 20/1 outsider for the job, way behind market leaders Rishi Sunak and Penny Mordaunt.

Odds to become next Prime Minister

Correct as of 4pm and are subject to change, supplied by Betfair, reported by Safe Betting Sites.

However, the last 24 hours have seen the once mocked Tory leader backed all the way to favouritism, with a shortest price of 5/6, matched on the Betfair exchange on Friday afternoon, putting him as slight favourite for a brief time around 1pm Friday (21st). 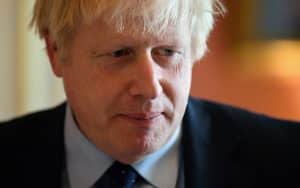 Johnson’s price has settled at around the 2/1 mark but that has Britain’s bookmakers in a panic, having built up horrendous liabilities and facing multi-million-pound payouts should Boris return to Number 10.

The gamble seems to have originated from public demand as well, with the hashtag #BringBackBoris trending throughout Friday and numerous MPs coming out to offer support to the man who was seen as a figure of fun just a few months ago.

Johnson is now 2/1 second favourite to be Britain’s next PM, behind fierce rival Rishi Sunak, who had been as short as 4/9 before the Boris gamble pushed him out to even money.

Penny Mordaunt is 13/2 third favourite on the Betfair exchange, where more than £2.5 million was wagered between 9am and 3pm on Friday on one of the most interesting political betting markets Britain has ever seen.

Safe Betting Sites UK’s market analyst Charlie Rhodes gave his view on the seismic shift in price for the next PM, saying:

“We have never seen anything like this, it’s the biggest gamble in British political betting history and it seems to be coming from public opinion with Boris now the overwhelming favourite to be Britain’s next Prime Minister.

“Often the markets can be wrong though, as shown famously with both Trump and Brexit, but the weight of money and price change really suggests that it is Boris, not Sunak who looks destined for Number 10.”

Defence Secretary Ben Wallace has already voiced his support for Johnson, but he cuts a divisive figure and will somehow have to garner the support of 100 nominations from within the party to be considered as one of the three frontrunners, who will then be voted in or out by the Conservative Party Members.

View all posts by Liam Solomon
Britain’s Bookies Betting on Boris for PM – Former Prime Minister backed from 20/1 to 2/1 to replace Liz Truss
Was this article helpful?
0
0
Latest Betting News