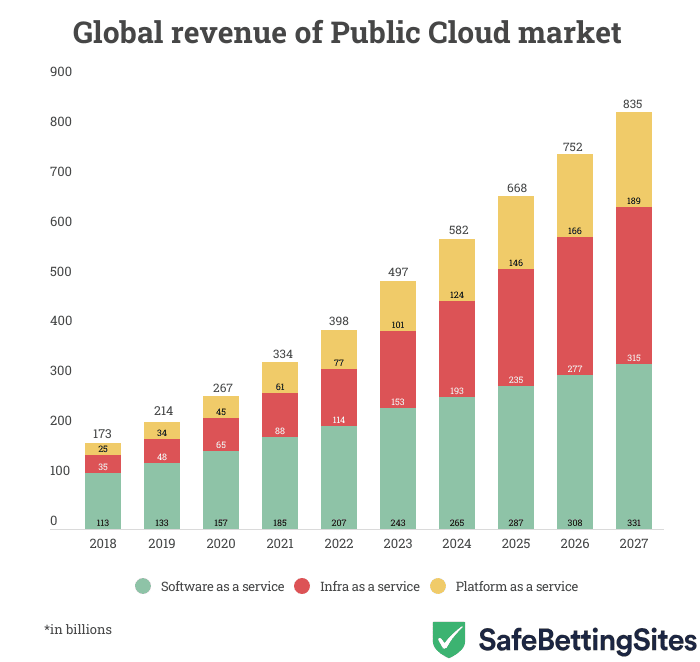 According to the data provided by Statista, the public cloud market is expected to grow at a Compound-Annual Growth Rate (CAGR) of 22% from 2016 to 2027. In 2018, the public cloud industry brought in just $173 billion in revenue. By 2021, this figure had almost doubled to $334 billion. The annual revenue is expected to increase further to $398 billion this year, indicating a Y-o-Y growth of 20%. Furthermore, if the industry continues to grow at the estimated rate, it will fetch annual revenue of $835 billion in 2026.

In addition to healthy growth, the public industry is also undergoing an evolution. Previously, software-as-a-service (SaaS) cloud services generated most of the revenue. However, the popularity of Saas services has consistently declined since then, while Infra-as-a-service (IAAS) and Platform-as-a-service (Paas) have become increasingly popular. The same trend is expected to continue in the coming years. In 2018, SaaS services generated $113 billion out of the total figure of $173 billion. By 2028, Saas services are expected to contribute just $331 billion out of the total estimated figure of $835 billion.

In comparison, IaaS services made up just $35 billion of $173 billion. However, by 2028, IaaS services would generate almost as much revenue as SaaS services. We look further into this changing landscape of the public cloud industry in the next section. 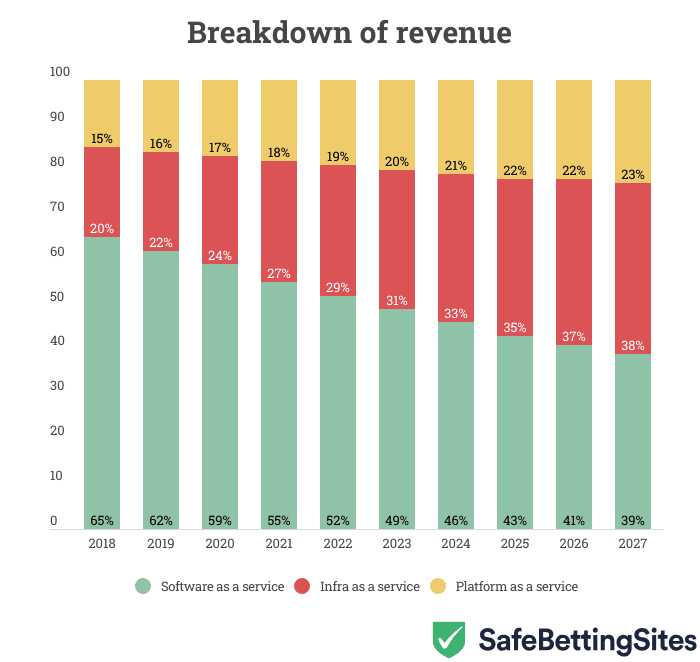 As the graph suggests, the popularity of SaaS services is declining while IaaS services are witnessing massive growth. The share of PaaS services is also increasing, albeit at a slower rate.

View all posts by Vyom Chaud
Public Cloud Revenue to Grow by 20% in 2022
Was this article helpful?
0
0
Latest Betting News