According to the numbers available on Statista.com, the combined number of app downloads in both markets was 34.4 billion during the second quarter of 2022. During the same quarter in 2021, 35.9 billion downloads had taken place. Hence, the number of downloads decreased by 4.2% in Q2 year-on-year.

In the first quarter of 2022, 36.8 billion apps were downloaded. Hence, Q2 downloads were down by 6.5% compared to the previous quarter.

App Store does better than Play Store in customer spending 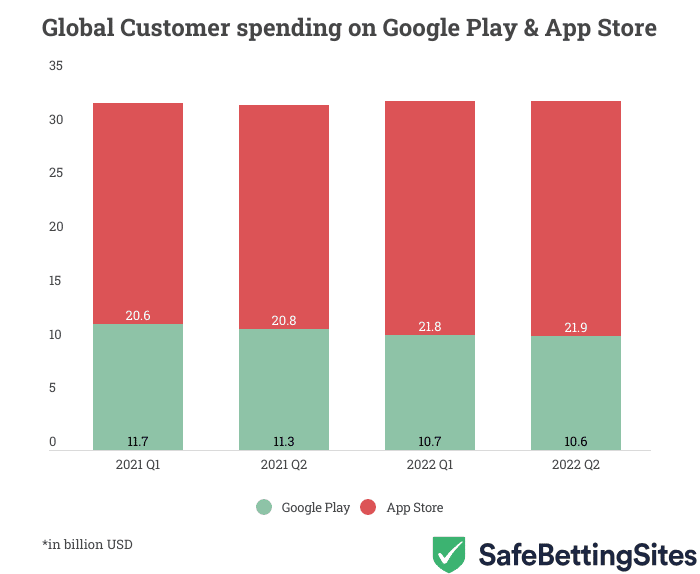 Customer spending on Google Play in Q2 also decreased from the previous quarter. Customers spent $10.7 billion in Q1 and only $10.6 billion in Q2. App Store spending slightly increased from $21.8 billion to $21.9 billion. Overall spending remained constant during the past two quarters.

View all posts by Vyom Chaud
Downloads on App Markets Down by 4.2% in Q2
Was this article helpful?
0
0
Latest Betting News