Amazon continues to be the undisputed leading online marketplace. According to the numbers presented by SafeBettingSites.com, the American e-commerce platform attracts 5.6 billion customer visits every month. The United States and Europe are significant contributors to Amazon’s numbers. 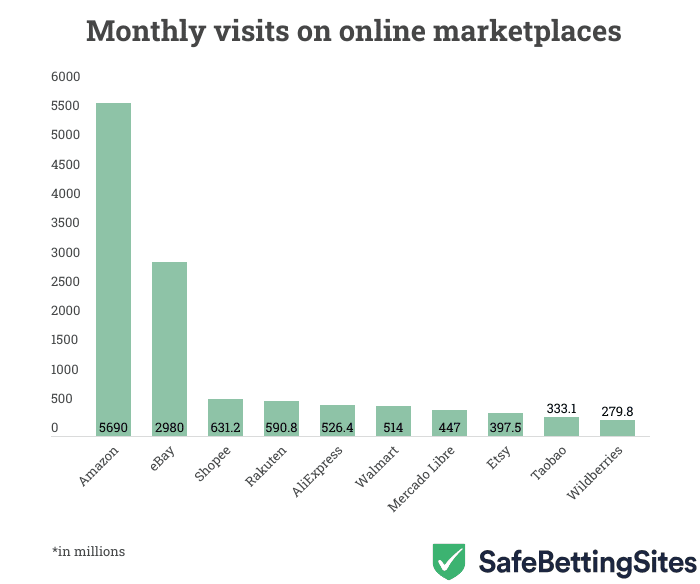 From an eCommerce giant, Amazon has evolved into an information technology company in recent years. However, its grip on the online market hasn’t loosened. According to the numbers available on Statista.com, Amazon attracted 5.7 billion visits per month during the month of July.

The rest of the companies are far behind the top two names in the competition. Singapore-based Shopee was the third-most-popular eCommerce platform globally, with 631.2 million visits monthly. Shopee, founded in 2015, majorly serves the Southeast Asian market.

Only two of the remaining names on the list originate from the United States. Walmart’s online store is sixth with 514 million monthly visits, and Etsy is eighth with 397.5 million visits.

Amazon dominates the US and European market

When we look at numbers from different geographical regions, Amazon leads the market in the US, the UK, and Europe.