Social media has become the preferred method for marketers to reach customers during the past decade. The trend is not likely to change in the coming years. According to the numbers presented by SafebettingSites.com, companies will spend 19% more money per internet user on mobile social media in 2022. On average, companies will pay $36.37 per internet user to advertise on mobile social media in 2022.

Companies to spend $36.37 per user on mobile social media 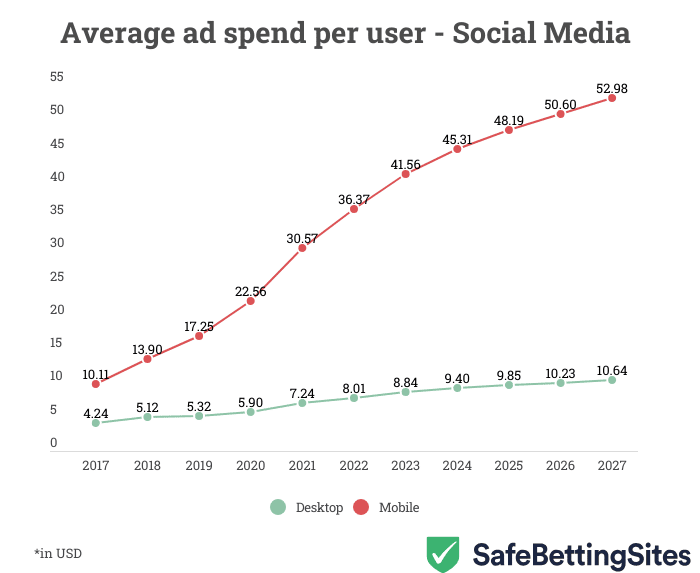 According to the data available on Statista.com, companies are expected to spend $226.01 billion on social media ads in 2022. Of this figure, 82% will be paid by companies on mobile social media, whereas the remaining 18% will account for desktop social media advertising.

Hence, most of the ad spending on social media is targeted toward the mobile platform.

Meanwhile, the spending on desktop advertising barely moved from $4.24 to $7.24 simultaneously.

Advertising spending on mobile social media has consistently increased since 2017 and mainly shot up during the pandemic years. The rate of increase in ad spend per user is expected to slow down in the coming years, but nevertheless, ad spending will continue to grow at a substantiate rate. 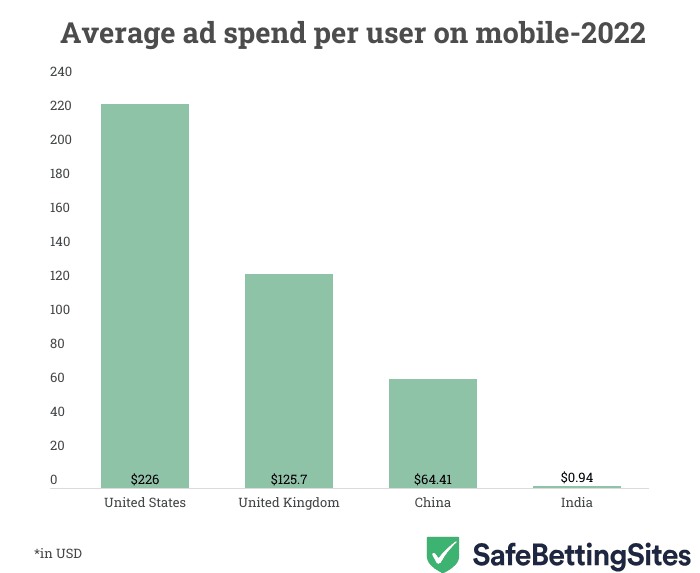 In comparison, marketers are expected to spend only $125.7 per internet user in the United Kingdom and $64.41 per user in China.

View all posts by Vyom Chaud
Ad Spending Per User on Mobile Social Media to Grow by 19% in 2022
Was this article helpful?
0
0
Latest Betting News