The online matchmaking/dating app market is yet another sector that has flourished in the internet age. It has emerged as a multi-billion industry in the new century and is currently growing at a Compound Annual Growth Rate (CAGR) of 6%. According to the numbers presented by SafeBettingSites.com, matchmaking/dating apps are set to bring in annual revenue worth $7.6 billion by 2027. 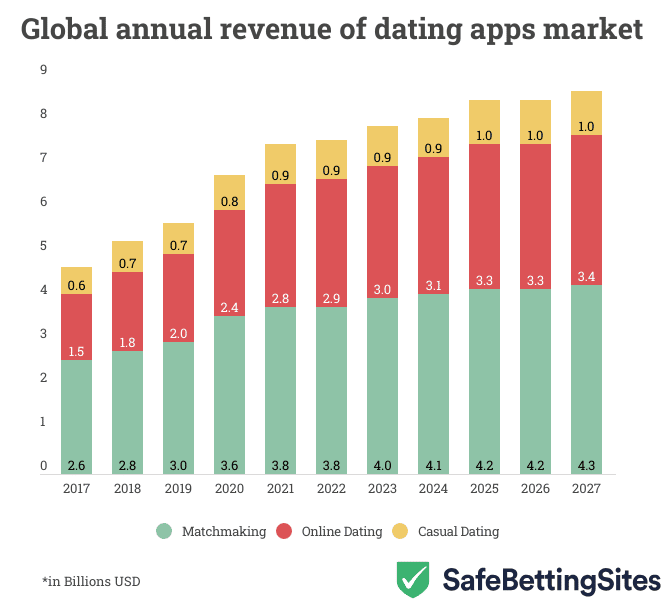 However, after a period of sustained growth, the ongoing year doesn’t seem to bring good news for the dating/matchmaking app market. According to the estimates, the annual revenue will amount to $7.6 billion in 2022 – a mere growth of 1.3%.

East vs. West divide in the market 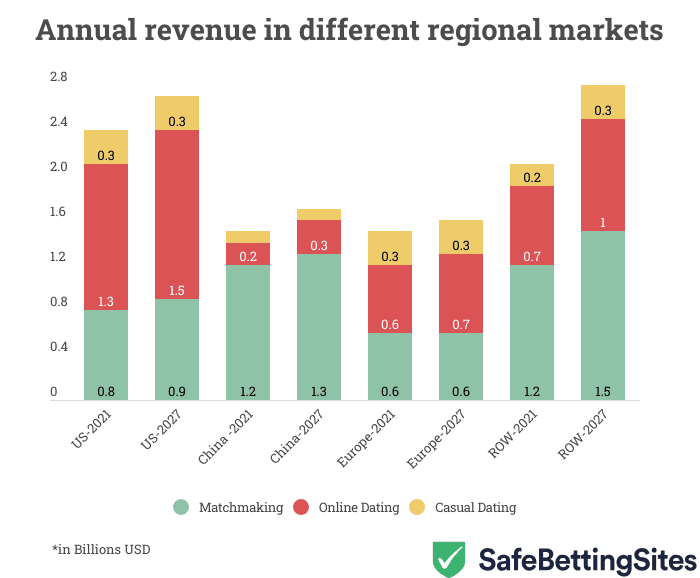 The US is the essential dating/matchmaking app market. In 2021, the US market accounted for 32% of the global revenue. In turn, 54% of the US revenue came from dating apps.

During the same year, the Chinese market was worth $1.5 billion, and matchmaking apps accounted for 80% of the Chinese revenue.

The projections indicate that the majority of the future growth in the market will come from emerging markets (indicated here as ROW).