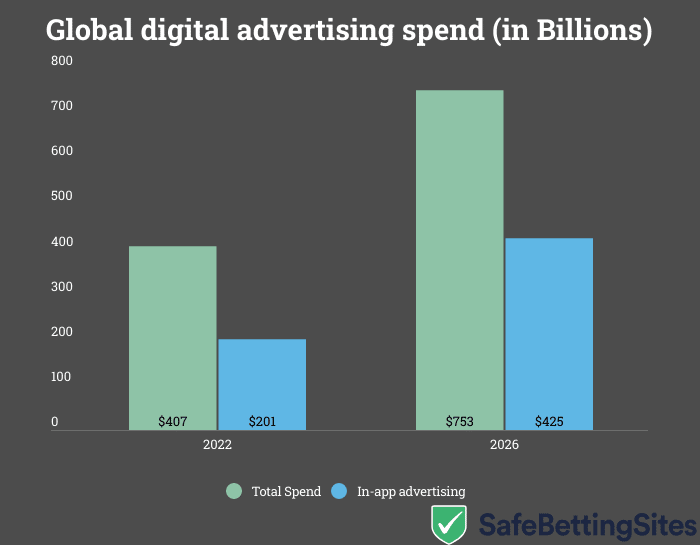 The digital medium has become an essential part of the advertisement industry in the modern world. With people spending more and more time on their phones, the digital advertising industry has witnessed massive growth in the past decade.

The report also notes that the video medium will continue to remain key for advertisers with ever increasing popularity of mediums such as Tik Tok and YouTube Shorts.

Vyom Chaudhary, an editor at Safe Betting Sites Canada, commented, “The digital advertising industry is facing challenges due to recently implemented policy changes by Apple and Google. The advertisers will have to be clever to optimize their ad attributions in future. However, this won’t stop the industry from growing at a considerable rate in the coming days. Furthermore, in-app advertising would become even more common for most businesses.”

View all posts by Vyom Chaud
In-App Advertising To Account For 56% Of Digital Ad Spend In 2026
Was this article helpful?
0
0
Latest Betting News