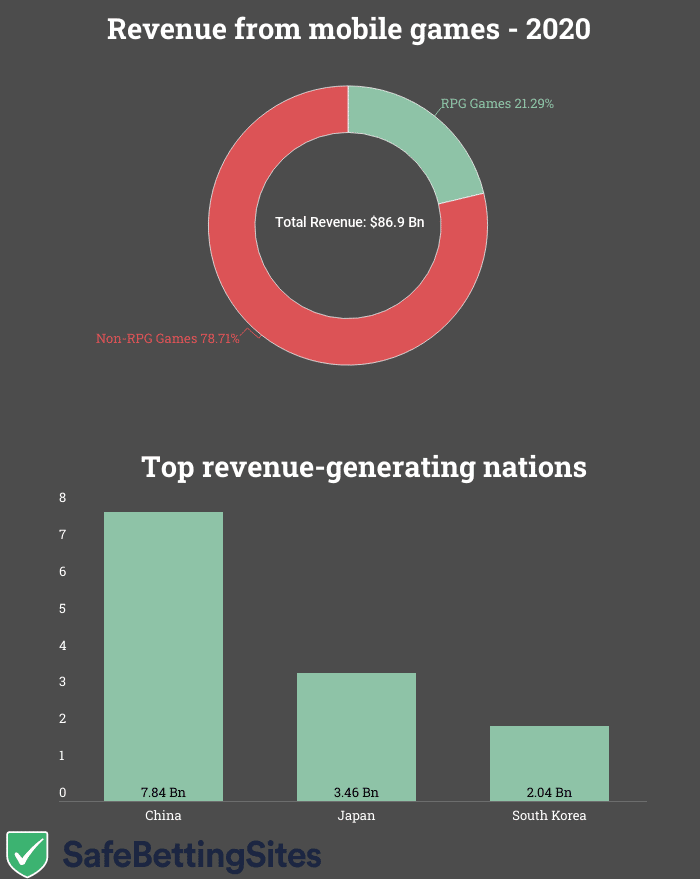 A recent report from Newzoo and Pangle has claimed that Role-Playing was the highest-grossing mobile gaming genre in 2020. The entire mobile gaming industry earned $86.9 Billion in 2020. Of this amount, $18.5 Billion were attributed to role-playing games. This figure constitutes 21.3% of the entire yearly revenue. 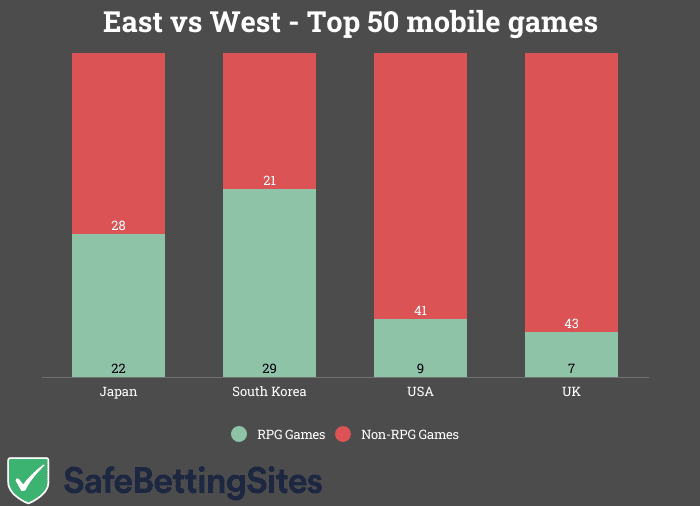 The popularity of RPG games doesn’t quite translate to the Western market. 22 out of 50 top-grossing mobile games belonged to the RPG genre in Japan. In South Korea, 29 out of 50 were RPG games.

The report also sheds light on how different genres of RPG games are popular in different regions. In Japan, Collection RPGs are gamers’ favorite. 11 collection RPGs featured in the top 50 grossing games in Japan, with Fate/Grand Order taking the top spot.

In South Korea, MMORPG games are prevalent among gamers. A total of 16 MMORPG games were among the top 50 grossing mobile games in the country, with Lineage 2M taking the top spot.

In the United States, Marvel Strike Force and Pokémon GO were the most popular RPG mobile games, while RAID: Shadow Legends and Pokémon GO took top spots in the UK.