Mobile Phone gaming is not just for casual gamers anymore. At least not in the US. According to the latest figures presented by SafeBettingSites, 72% of all gamers and 73% of avid gamers use mobile phones for gaming in the US.

Mobile Phones and Consoles lead the way in the US 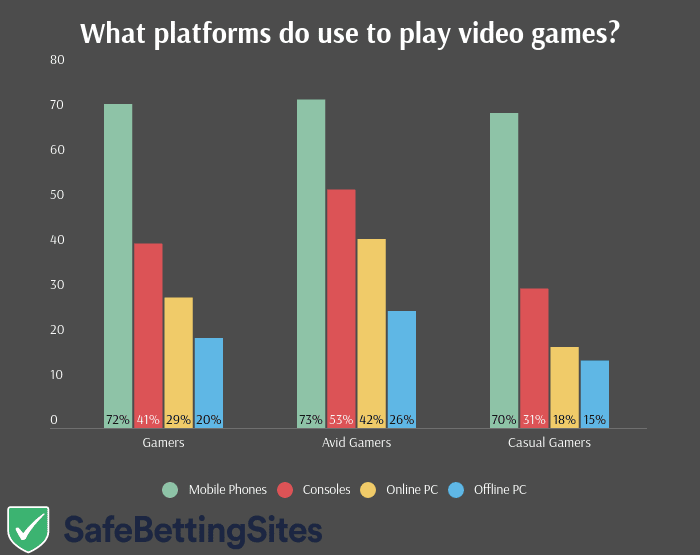 Morning Consult asked US video gamers about their gaming habits in a recent survey. Predictably, mobile phones are the most preferred platform for both casual and avid video gamers. Overall, 72% of gamers admitted playing games on their mobile phones. Surprisingly, the percentage of avid gamers who play mobiles games is more significant than the share of casual gamers who do the same. 73% of avid gamers and 70% of casual gamers play mobile gamers. The survey considered gamers who play at least seven hours of video games every week as avid video gamers.

It’s been over a year since the latest generation of consoles, PS5, Xbox Series X, and Xbox Series S were released. However, it’s still an ordeal for gamers to get their hands on a piece of these consoles. Regardless, according to the report, 53% of avid gamers play video games on consoles. 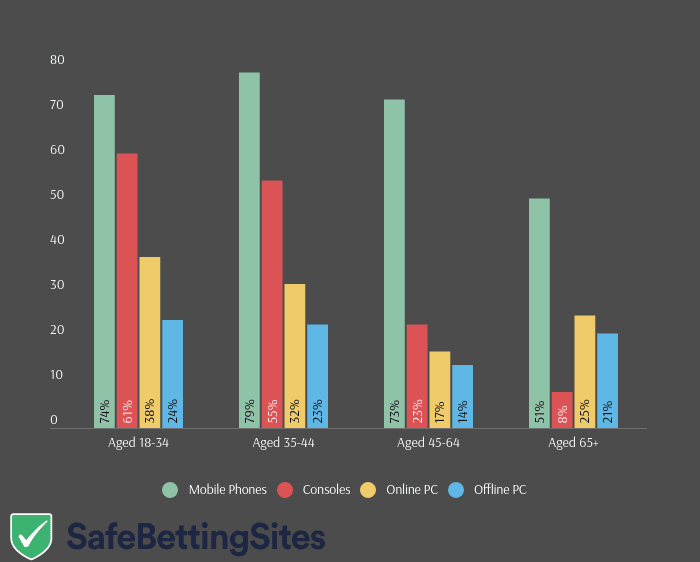 Another interesting observation is that consoles are the second-choice for all age group, but  65+. In the 65+ age group, online PC and offline PC gaming are more preferred than console gaming. Surprisingly, this group’s online and offline PC numbers are even higher than the numbers registered in the 35-44 group.

Vyom Chaudhary, an editor at SafeBettingSites, commented: “It’s interesting to note that mobile gaming has found acceptance among avid video gamers. Even in a developed country like the United States. Furthermore, despite the apparent shortage of consoles in the market, a fair share of video gamers are using them for their gaming needs.”

View all posts by Vyom Chaud
73% Of Avid US Gamers Use Mobile Phones For Gaming
Was this article helpful?
0
0
Latest Betting News