Following a tumultuous start to 2022, Netflix has made a strong comeback in the final quarter of the past year. According to the numbers presented by SafeBettingSites.com, Netflix added 7.7m paid customers during the last quarter of 2022. This has been positive news for the streaming giant, which saw negative growth during the first two quarters. 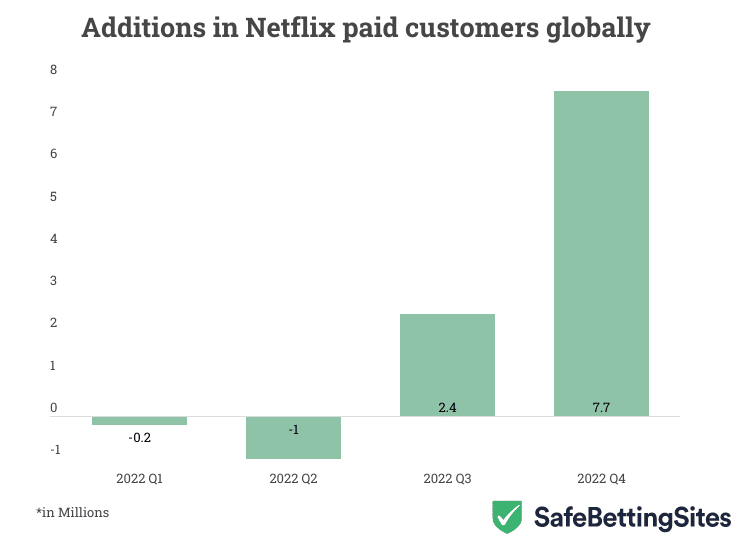 Netflix’s impressive numbers in Q4 were supported by popular shows such as Stranger Things S3 and Wednesday.

Furthermore, Netflix also launched ad-supported cheaper tiers of memberships in some regions in Q4. Hence, one can conclude that the streaming giant’s initiative to move towards ads has not driven away new customers.

However, if we compare 2022 numbers to previous years, it was still a slightly disappointing year for Netflix. 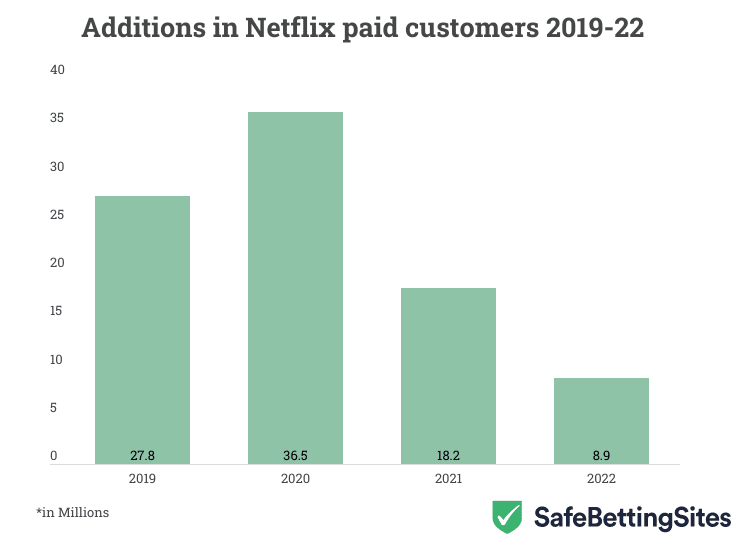 Netflix witnessed massive growth in new customers during the COVID years. In 2019, 27.8m new paid customers joined the streaming platform. It was followed by further 36.5m new customers in 2020. Hence, readjustment in the market can be seen as one of the primary reasons behind the recent decline in numbers.