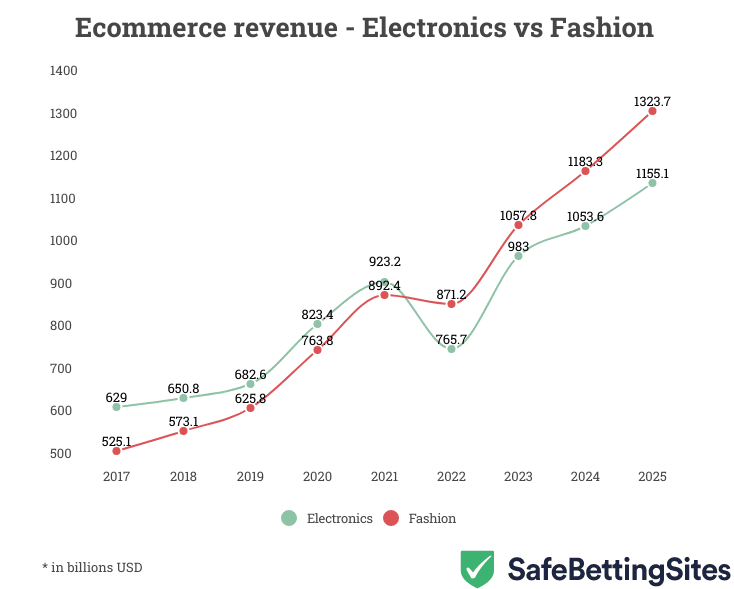 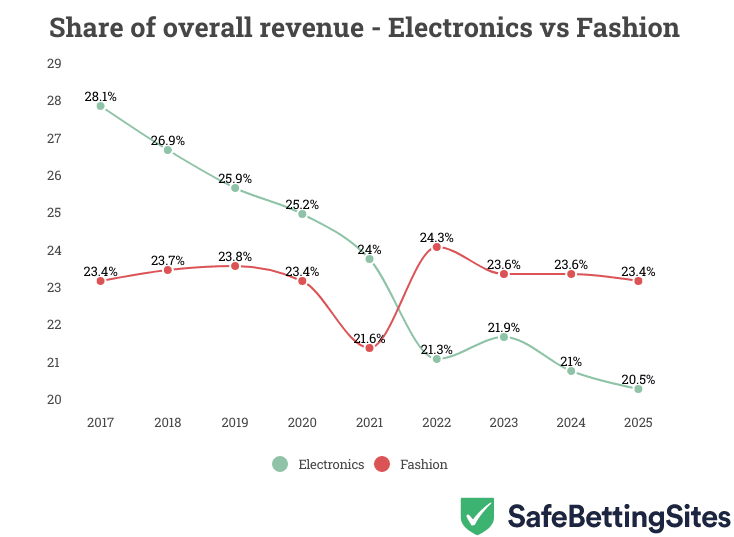 When we compare revenues from electronics and fashion segments as shares of overall revenue, an interesting trend pops up.

View all posts by Vyom Chaud
Fashion Became The Largest Ecommerce Segment in 2022 With 24% Market Share
Was this article helpful?
0
0
Latest Betting News