The upcoming FIFA World Cup has recently attracted a lot of negative attention because of its host nation, Qatar. There have also been multiple calls for boycotting the tournament. However, when it comes to English football fans, not many agree with the view.

According to the numbers presented by SafeBettingSites.com, only 18% of football fans in England want their national team to boycott the tournament.

50% of English fans are against the boycott 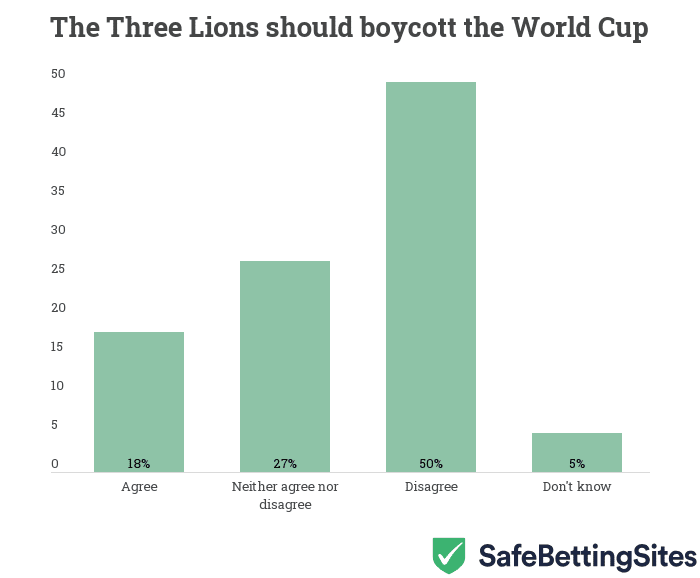 After the Olympics, the FIFA World Cup is the biggest sporting event globally. There is not much time left before the upcoming World Cup kicks off in Qatar. And naturally, there has been a lot of anticipation among football (& sports) fans for the upcoming event.

However, the World Cup has also attracted much criticism due to political reasons surrounding the host country. Statista.com recently surveyed 1031 respondents in England, including 669 football fans, to gauge their mood about the tournament. Regarding football fans, only 18% agree with the Three Lions boycotting the event. In contrast, 50% of football fans are against any boycott by the team.

A significant share of English football fans, 27% to be exact, picked ‘neither agree nor disagree’ as their opinion. Only 5% chose the “Don’t Know” option.

Baby Boomers most in support of boycott 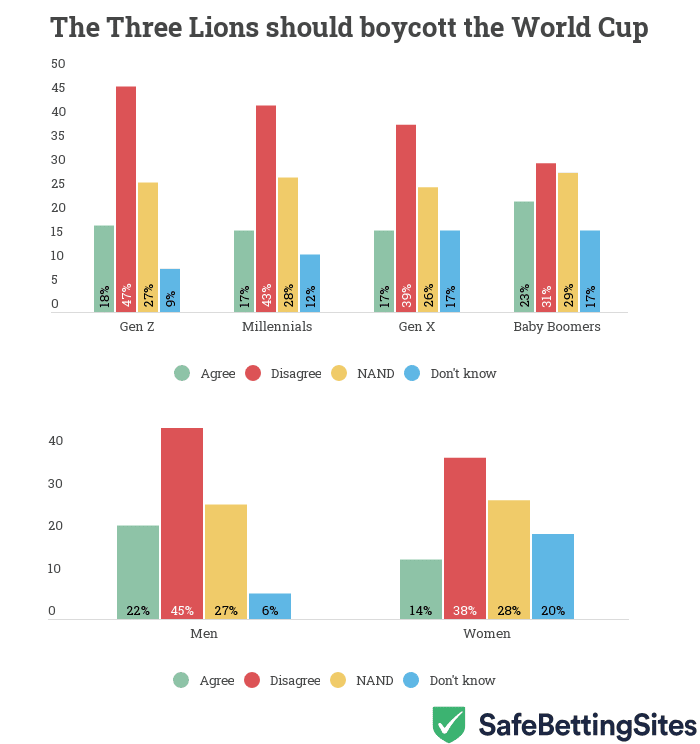 Furthermore, the Gen Z age group is most supportive of seeing the England national team at the tournament. 47% of the English Gen Z population disagree with the boycott. This figure is 43% and 39% for Millennials and Gen X, respectively.

When we look at both genders, 20% of women respondents picked the ‘don’t know’ option, compared to 6% among men. Due to this, the share of men that agree (22%) to the boycott is greater than that of women (14%) who have picked the same option. Furthermore, the share of men that disagree with the boycott (45%) is also more significant than the respective share (38%) among women respondents.

View all posts by Vyom Chaud
Only 18% of English Football Fans Want a World Cup Boycott
Was this article helpful?
0
0
Latest Betting News