Buy Now Pay Later (or BNPL) has become a popular mode of payment for eCommerce customers in recent years. The popularity of BNPL significantly grew during the pandemic, and it will only increase further in the coming years. According to the numbers presented by SafeBettingSites.com, the total transactional value of BNPL payments will grow by 78% in 2022. 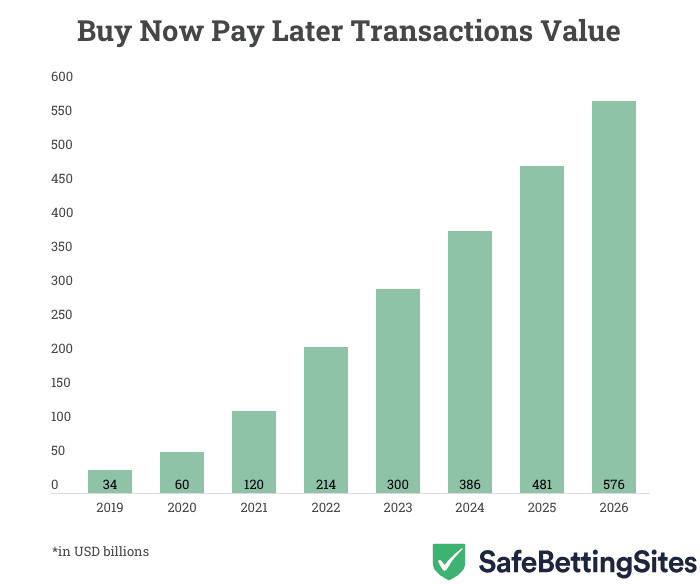 Buy Now Pay Later is still a relatively new payment method for most customers. Its reach among online customers is still developing in most countries; hence, the market presents massive room for growth.

Sweden with biggest BNPL reach at 25% 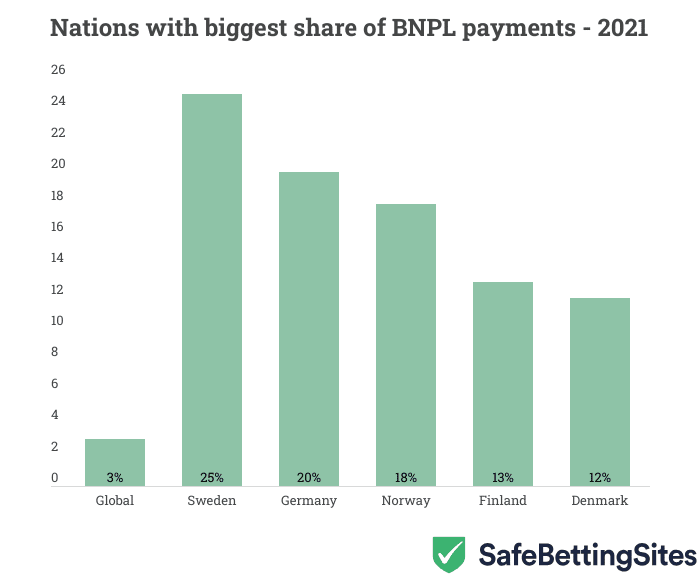 As things stand, Buy Now Pay Later is most prevalent in Nordic (or North Western European) countries. BNPL accounted for 25% of eCommerce transactions in Sweden in 2021. Klarna is the most popular BNPL service in Sweden currently. The Scandinavian country was followed by Germany (20%), Norway (18%), Finland (13%), and Denmark (12%).

View all posts by Vyom Chaud
Buy Now Pay Later Market Size to Expand by 78% in 2022
Was this article helpful?
0
1
Latest Betting News