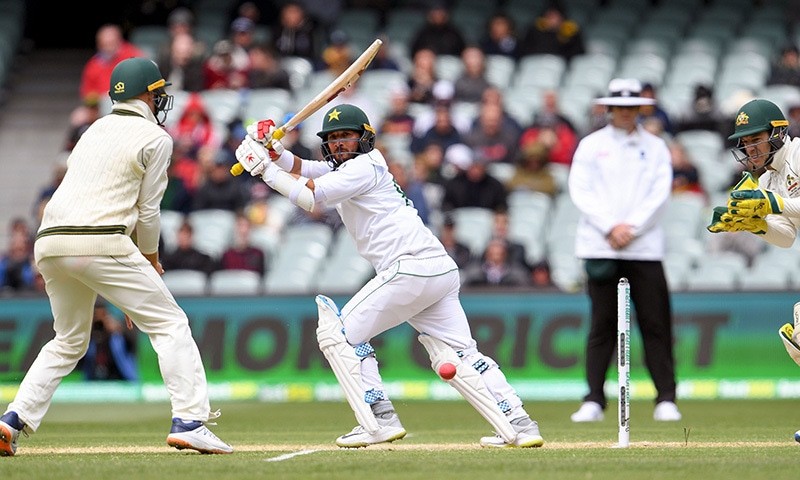 Social media platforms are becoming pivotal in how we interact with each other. That goes for individuals and institutions too. Some of the institutions embracing social media communication are international sports federations (IFs). IFs are increasing their usage of these channels, which has seen them grow their followers and levels of engagement across them. The same goes for cricket.

Safebettingsites has been analyzing data on IF usage of social media. It concludes that the International Cricket Committee (ICC) had the largest Instagram following for a sports federation as of January 2022. The site has provided data showing that the ICC had 21.3 million Instagram followers. That’s over ten times more than the second-placed IF.

According to Safebettingsites’ Edith Reads, “The ICC owes its enviable Instagram following to the youth appeal and high engagement that the app affords. In addition, its Instagram Stories have been a hit with the fans as they’re an exciting way of sharing behind-the-scenes material.”

As indicated early on, the ICC leads the second-placed IF, VolleyBall World, by a country and a mile. Its 21 million followers were 11 times that of the latter. World Athletics came in third with 1.83 million followers, while FIBA had 1.7 million. World Rugby Federation rounds up the top five after registering 1.69M followers. 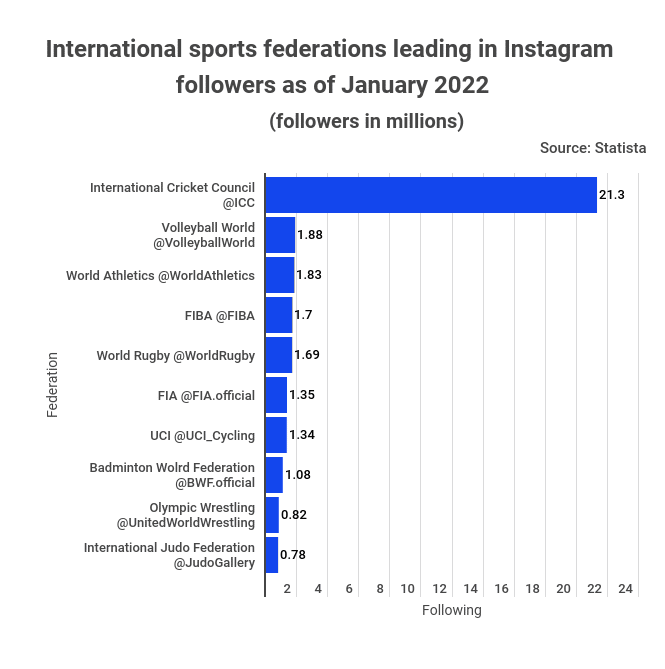 Other associations with a million Instagram followers were FIA, UCI, and Badminton World Federation. These sports federations attracted between 1.08 and 1.35 million fans. Olympic Wrestling and International Judo Federation complete the top ten. The former had.82M fans, while the latter had 0,8M of those

Which trends dominated the IFs’ interaction with social media?

Safebettingsites discovered several interesting facts from a deeper study of the data. First is that Meta, Facebook(FB), and Instagram remain the go-to platforms for most sports federations. Facebook, however, is the most preferred of the two. It had a following of nearly 64 million, while Instagrams’s stood at roughly 30 million.

Despite losing out to FB in the popularity contest, Instagram recorded the best engagement levels. That was buoyed by the application’s stories feature. This feature enables the IFs to share interesting and exclusive images and videos. The app also had the highest account growth rate of 51% over its 2020 figures.

On its part, Twitter remains the indisputable platform for sports associations. All leading IFs have a visible presence on the app. Moreover, they collectively serve an audience of about 34 million fans. That works to an average of 32 thousand fans per platform. Finally, with its 7.4million subscribers, FIFA TV is the most popular YouTube channel.

View all posts by Edith Muthoni 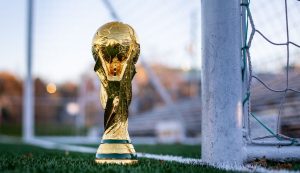