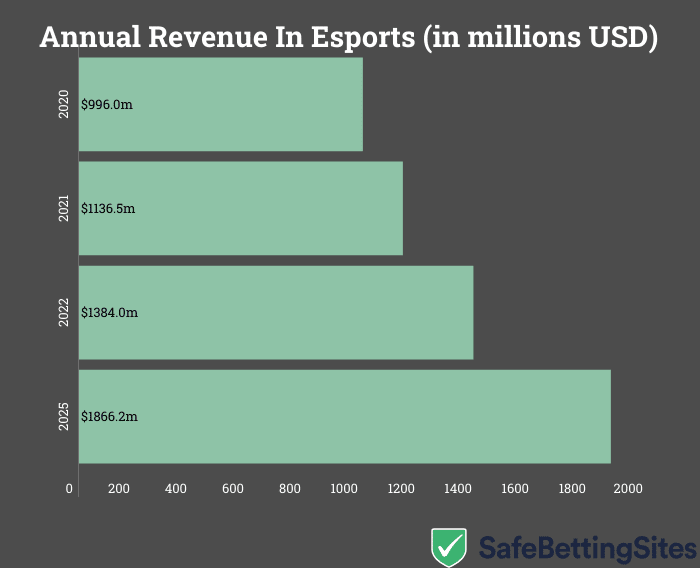 The eSports industry continues to grow at a steady rate. According to the latest 2022 Newzoo report on Global Esports Markets, the annual revenues in the eSports industry should reach $1384 million this year. In 2021, the annual revenues stood at $1136.5m. Thus, the industry is expected to grow by 22% in 2022. This growth rate is set to continue in the coming years, as per the report.

China is currently the leader in the eSports industry, and it is expected to bring in almost one-third of the annual review, the report adds. On the back of the increasing popularity of mobile gaming in eSports, regions like Latin America, the Middle East and Northern Africa, and Southeast Asia are expected to be the fastest-growing markets.

The report also estimates that in 2025, the annual revenues would reach $1866.2m. This amount would represent a healthy CAGR of 13.4%.

Sponsorships responsible for 60% of revenues 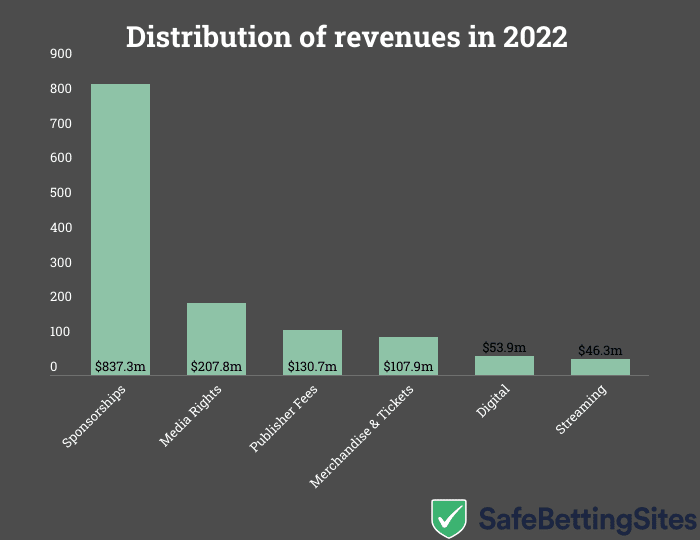 Other sources of income pale in comparison to sponsorship money in eSports. The report also mentions that eSports sponsorships have become a lucrative source of exposure for blockchain companies.

Media rights are expected to bring in $207.8m in revenues in 2022, but this amount would constitute only 15% of overall revenue.

Merchandise & Tickets should witness the most significant year-on-year increase among all sources of revenue. The income from this source is expected to increase by 66.8% YoY to 107.9m in 2022. This increase can be attributed to the return of eSports enthusiasts to tournaments following the pandemic.

The second most significant YoY increase is predicted for Publisher Fees. The money brought in as Publisher Fees is expected to be 130.7m – a YoY growth of 52.6%.

View all posts by Vyom Chaud
Esports Industry To Bring In $1.4B In Revenues In 2022
Was this article helpful?
0
0
Latest Betting News