The US gaming industry is a lucrative one, and it’s not a surprise that big US tech giants like Apple, Google and Amazon have made inroads into the industry during the past decade.

According to the latest numbers put forward by SafeBettingSites.com, Amazon has become the preferred platform for US gamers to purchase their video games. 63% of US gamers purchased a game (or more) from Amazon during the last 12 months.

GameStop is in the second spot at 47% 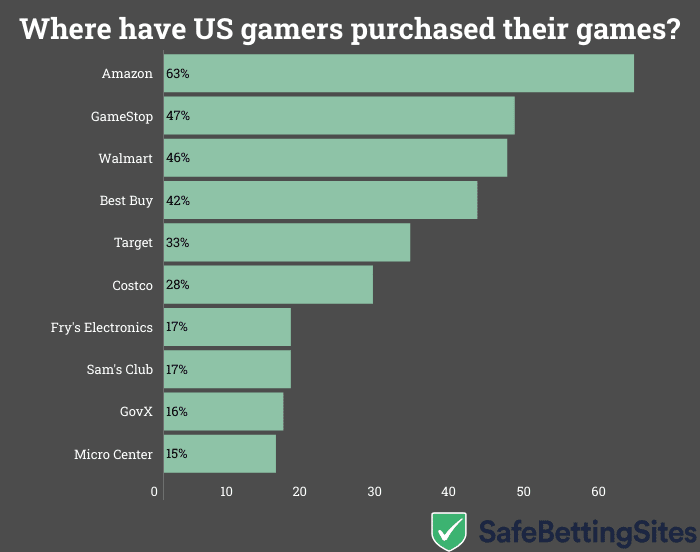 According to the latest survey conducted by Statista, 63% of US gamers said that they bought a game from Amazon. The survey was conducted in four phases between Apr 2021 to Mar 2022. Respondents were asked where they purchased games on a data medium/hard copy in the past 12 months, and they were allowed to pick multiple options.

Famous video game retail company GameStop was the second favourite choice of US gamers. About 47% of US gamers indicated buying game/s from GameStop during the past fiscal year. In the third and fourth spots, GameStop was closely followed by Walmart (46%) and Best Buy (42%). 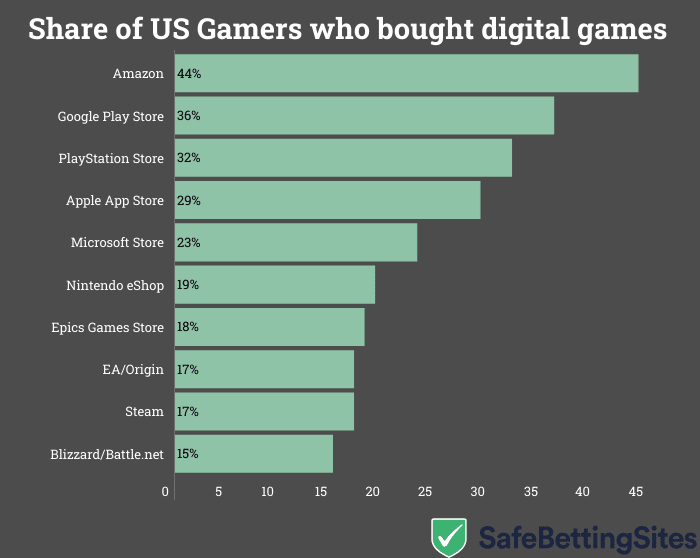 Amazon is also the preferred mode to buy digital games for US gamers. The respondents who had bought digital games during the past year were also asked where they bought their games.

44% of respondents who answered said they had used Amazon to buy digital games during the past year. It’s surprising to see Amazon list ahead of both mobile app stores and dedicated gaming stores such as PlayStation Store and Microsoft Store.

Google Play Store featured in the second spot with 36% of gamers. Apple’s App Store came fifth with 29% of answers.

In the third spot, PlayStation Store was picked by 32% of gamers. Among the online stores of three major console gaming companies – Sony, Microsoft and Nintendo – Sony’s PS Store was the favourite of the US gamers. Only 23% of respondents bought digital game/s from Microsoft Store (5th) and 19% from Nintendo eShop (6th).

View all posts by Vyom Chaud
63% Of US Gamers Purchased Games From Amazon Last Year
Was this article helpful?
0
0
Latest Betting News