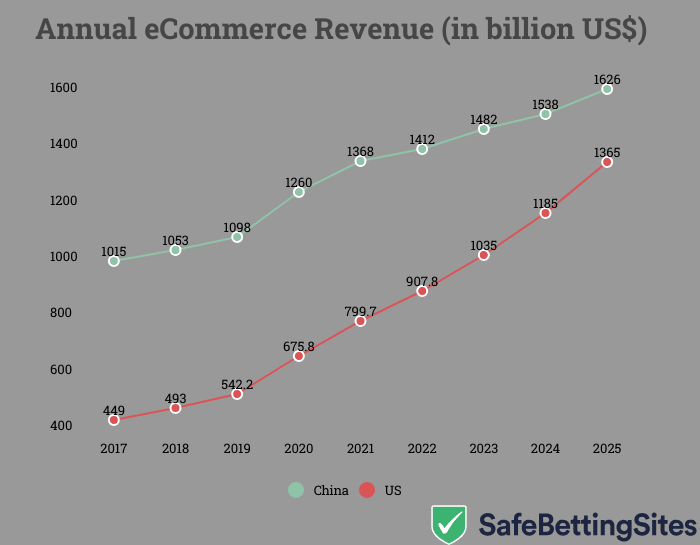 China and US to continue eCommerce domination 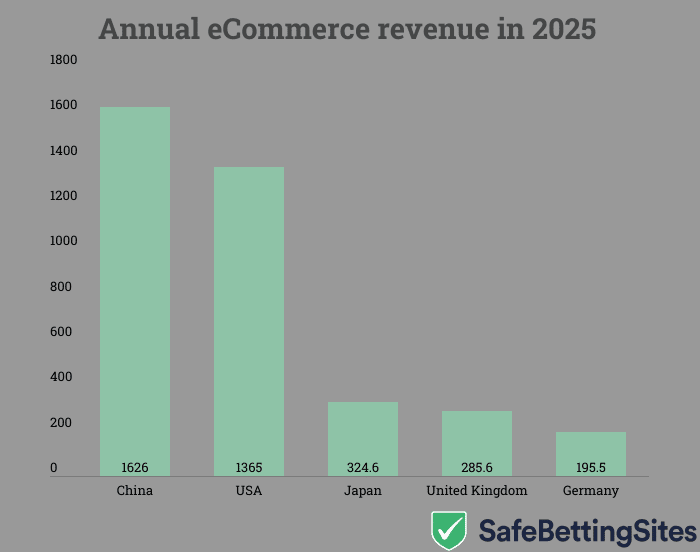 Vyom Chaudhary, an editor at SafeBettingSites.com, commented: “China became the eCommerce superpower during the last decade. However, the eCommerce industry’s growth rate in China is slowing down, and the US is set to significantly reduce the gap by 2025. If the same trend continues beyond 2025, the US is set overtake China by the end of this decade.”

View all posts by Vyom Chaud
China To Dominate Ecommerce With Annual Revenue Of $1626B By 2025
Was this article helpful?
0
0
Latest Betting News