Home » Blog » 62 of us adults not familiar with metaverse

Metaverse has become the latest buzz word in web technology. Several tech companies are already working on creating virtual worlds. However, the general public is still unsure at large about the Metaverse. According to numbers presented by SafeBettingSites.com, 62% of the US adult population is not familiar with the Metaverse.

Only 14% of US adults are very familiar with the Metaverse 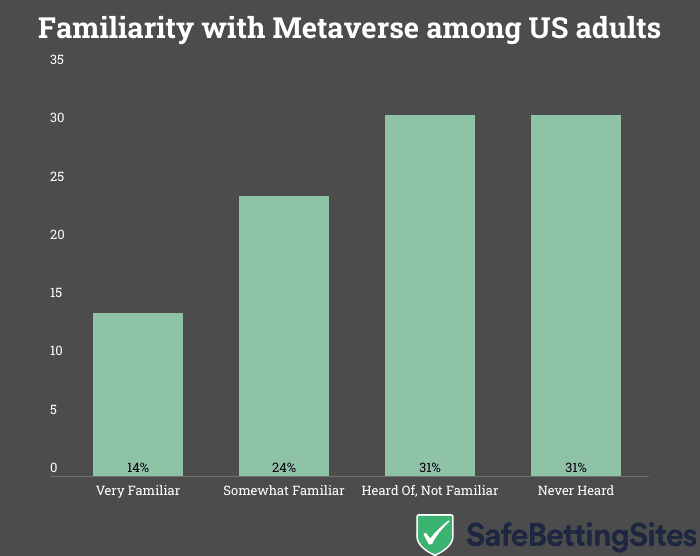 Metaverse is defined as a virtual world where users can interact with each other and share experiences with the help of VR/AR. Such worlds have existed in science fiction for a long time. However, Facebook became the first big tech giant to announce its plans for a virtual world by changing its name to Meta last year. Ever since the announcement, the Metaverse seemed to have captured the world’s imagination.

Vyom Chaudhary, an editor at SafeBettingSites.com, commented: “Ever since Facebook’s rebranding to Meta, everyone is intrigued about the Metaverse. However, the idea is still in its nascent stage, and it is anybody’s guess how the future will look like.”

View all posts by Vyom Chaud
62% Of US Adults Not Familiar With Metaverse
Was this article helpful?
0
0
Latest Betting News