The video game industry is booming. The COVID-19 has only had a positive impact as a significant portion of the population has stayed indoors. According to the figures presented by SafeBettingSites.com, video games accounted for a significant 33% of product-related searches on Google in the United States.

Clothing stays at top with 38% of searches 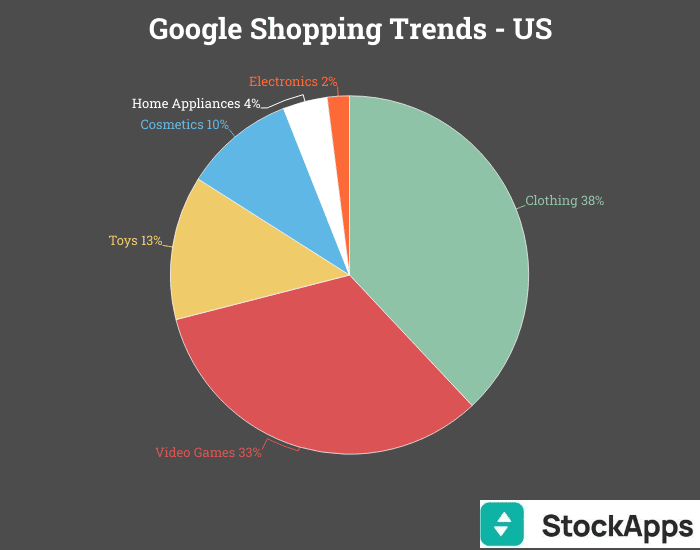 Surprisingly, video games occupied the second spot, ahead of popular categories such as home appliances and electronics. As stated before, video games accounted for 33% of Google searches in the US. This means that one in every three Google searches was centred on video games in the country. The New Year period is the peak business period in the video game industry. Furthermore, the pandemic has led to a significant increase in video games.

Cosmetics-related searches accounted for 10% of all Google product searches in the fourth spot. The last two places were occupied by Home Appliances (4%) and Electronics (2%). One might expect these previous two categories to fetch more interest on Google. However, it appears that not many consumers in the US are purchasing products in these categories on the internet.

Vyom Chaudhary, an editor at Safe Betting Sites Australia, commented: “Google Trends are a good indicator of consumers’ mood. Like other digital sectors, the video game industry witnessed a huge boost with the onset of the pandemic. As the nation battles against the latest wave , consumers are once again forced to stay home and video games are high on their minds”.

View all posts by Vyom Chaud
Video Games Account For 33% of Google Searches In The US
Was this article helpful?
0
0
Latest Betting News