China has regained the top spot in eSports following a gap of three years. According to the latest report from SafeBettingSites.com, Chinese players earned a total of $37m in prize money in 2021, putting the Asian country in the top spot of the global list.

Prior to this, China had finished behind the United States for three consecutive years. 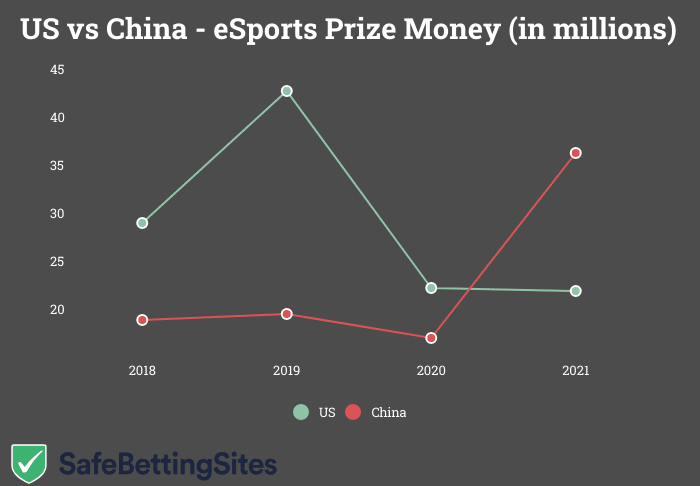 According to the data gathered from eSportsLearnings, China has regained supremacy in eSports tournaments for the first time since 2017. Since 2018, United States players consistently outshone their Chinese counterparts for three years, in terms of prize money. However, due to a number of reasons, China has outclassed the US in 2021. 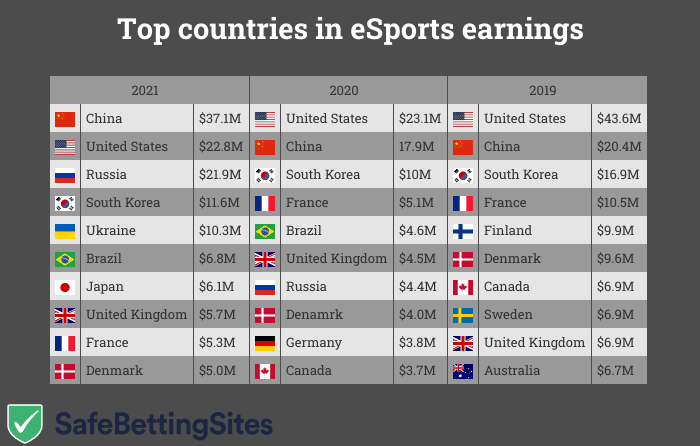 Russian gamers have made a massive jump in the last ten years. In 2019, Russia didn’t feature among the top ten nations. In 2020, it was in the sixth spot with $4.4m in prize money. Last year, Russian gamers made an impressive amount of $21.9m to claim the third spot on the list.

Brazil, Japan, the United Kingdom, France, and Denmark completed the top-ten list in 2021. The annual earnings of all of these nations were less than $10m. France was arguably the biggest loser in the ninth spot with $5.3m. This figure is a 50% decrease on their annual haul of $10.5m.

Vyom Chaudhary, an editor at Safe Betting Sites Canada, commented: “China and Ukraine were the biggest winners in eSports competitions in 2021. The US representation has suffered a lot following their peak in 2019. The effects of the pandemic were still visible on the US eSports community in 2021.”

View all posts by Vyom Chaud
China Displaces US From Top Spot In Esports With $37M Prize Money In 2021
Was this article helpful?
0
0
Latest Betting News